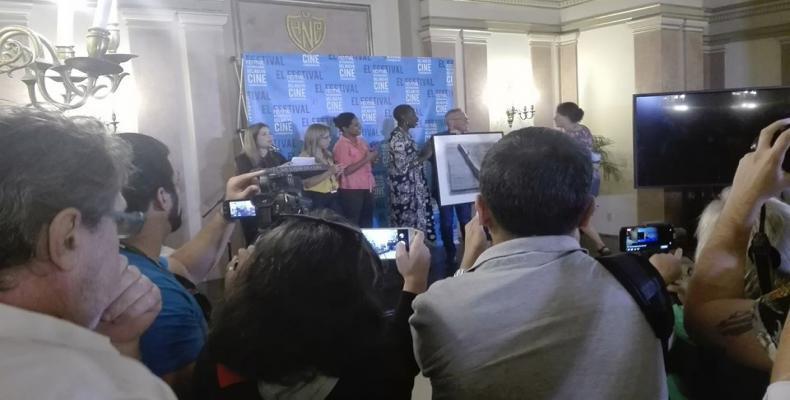 ‘Perro bomba’, Cáceres’ first film, deals with the ugly reality of immigrants in Chile, the inequality, racism and marginalization they’re subjected to.

Staring Steevens Benjamin, the winner of two Best Actor prizes in the Málaga and Toulouse Film Festivals, the film tells the story of a young Haitian immigrant, who enjoys a comfortable, happy life in Chile. It all changes when he decides to help a fellow countryman, who has just arrived in the South American nation.

The Roque Dalton Award is granted annually to the film that best reflects an aspect of today’s Latin American reality. The prize bears the name of the Salvadorian poet and revolutionary, who worked as a Radio Havana Cuba correspondent in the 1960s.