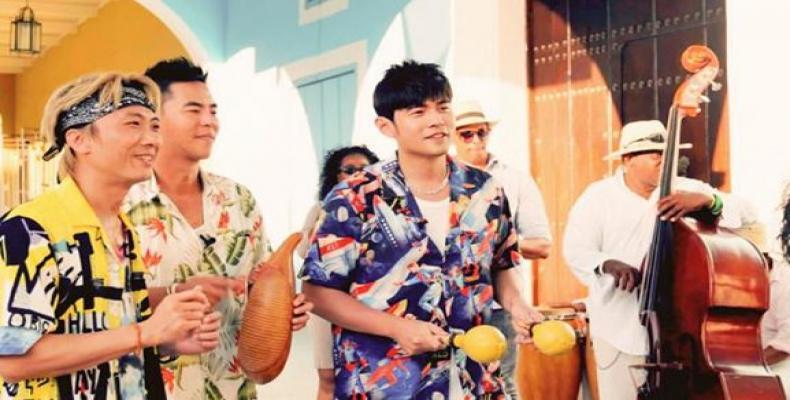 Since Chinese singer Jay Chou released his new song "Mojito" there has been an upsurge of interest in the culture and tourism in Cuba, where the music video was shot.

The music video was shot in Havana, and its strong Latin flavor has aroused people's interest in the country and its exotic culture.

Cuban Ambassador to China Carlos Miguel Pereira mentioned that a scene in the music video shows the Floridita bar-restaurant, a site often visited by famous American author Ernest Hemingway. Hemingway's masterpiece "The Old Man and The Sea" was also completed in Cuba, the report said.

According to reports, the song has also boosted sales of mojito cocktails among Chinese citizens, many of them making mojitos themselves at home, as they cannot fly here to experience local mojitos due to the epidemiological situation.

The sales online of the single 'Mojito' by Jay Chou reached more than 10 million yuan ($1.4 million) within just 24 hours from its release.

Also, a producer, actor and director, Jay Chou is very popular in his country, China, as well as all across Asia and among the Chinese diaspora. In 2007, the British think-tank Chatham House included him among the top 50 most influential people in China.