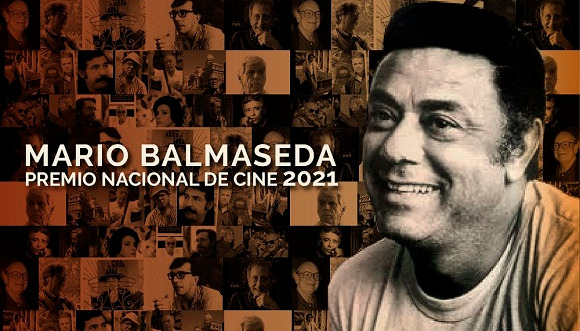 Writing on Twitter, Diaz-Canel described Balmaseda's performances on the TV series 'En silencio ha tenido que ser' and the film Baragua, as unforgettable, adding that with his impeccable characterizations, Balmaseda taught us to learn more about and love our heroes.

‘His villains also helped us to assess the enemy,’ Diaz-Canel added.

On Thursday, Balmaseda was granted the 2021 National Film Award for his versatility and long and fruitful professional experience in Cuban film, theater and television, Cubacine's website reported.

A member of the jury, actress Paula Alí said: “Mario Balmaseda has done a lot for Cuban culture in general, as he is not only an excellent film actor, but also a theater and television actor. We should all congratulate ourselves for having made this choice”.

Balmaseda studied dramaturgy at the National Theater of Cuba and the former German Democratic Republic.

His passion transcended the stage and his foray into the big screen earned him the respect and admiration of the public and specialized critics alike.