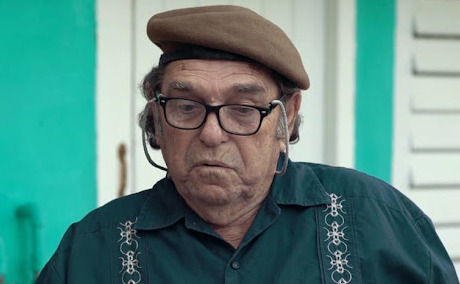 Havana, Sept. 28 (RHC)—Cubans are mourning the death of renowned actor Manuel Porto, who died Tuesday, September 28, due to complications associated with Covid-19.

Born in the Havana neighborhood of Pogolotti, in the municipality of Marianao, Porto died on the same day that he would have turned 76.

Porto was an acclaimed theatre, television, film and radio actor with a long, fruitful artistic career, spanning over half a century.

Manuel Porto joined the movement of amateur artists, while fulfilling his military service in a unit of the Revolutionary Armed Forces.

In 1968, he was chosen to play small roles in both, radio and TV series. A year later, in 1969, he was hired by the Radio and Television Institute (ICRT) and began his acting career. He was 20. There, he met and worked with a whole generation of extraordinary artists: Enrique Santiesteban, Reynaldo Miravalles, Raquel and Vicente Revuelta, José Antonio Rodríguez, Miguel Navarro, Verónica Lynn, Gina Cabrera and many others, who contributed to his development as a professional actor.

On August 13, 1992, Manuel Porto created the Korimakao Artistic Community Project on the Zapata Swamp in the western province of Matanzas. The aim was and still is to encourage artistic creation and promote culture and art appreciation among local residents, Cubans in general, and even people from other nations.

An award-winning actor, Manuel Porto was granted, among others, the Internationalist Combatant Order, the Raúl Gómez García Distinction, the National Culture Prize, the National Community Culture Prize and the Award for Best Actor of the 20th Trieste Film Festival, in Italy, in 2005.