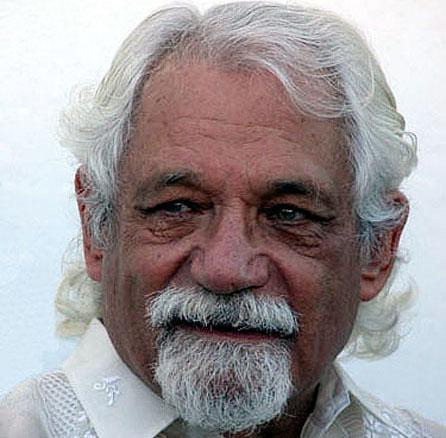 Fernandez died in Havana on Wednesday. He was 92.

"We are deeply saddened by the death of the great Pablo Armando Fernandez. With a poetic and narrative work that led him to win the National Literature Award," Alonso wrote on Twitter, where he defined Fernandez as  "one of the island's most beloved writers."

Born in the Delicias Sugar Mill in the former Oriente province, the creator was the protagonist of one of the highest moments of Cuban poetry in the second half of the 20th century.

The author of relevant works, he was the recipient of the 1968 Casa de las Americas Literary Award with his book Los niños se despiden.

His work in the field of Cuban literature was rightly praised by writer and ethnologist Miguel Barnet during the 2019 International Book Fair when he highlighted the poetic qualities of the creator who, in 1961, received the keys to what would become the headquarters of the Union of Writers and Artists of Cuba, now a National Monument.

He was also a translator of Anglo-Saxon poetry, an essayist, and a playwright who studied at Columbia University, New York, and gave courses and lectures at renowned academic centers in the United States, Canada, and the Latin American region.