Documentary about Omara Portuondo's life to be premiered in NYC 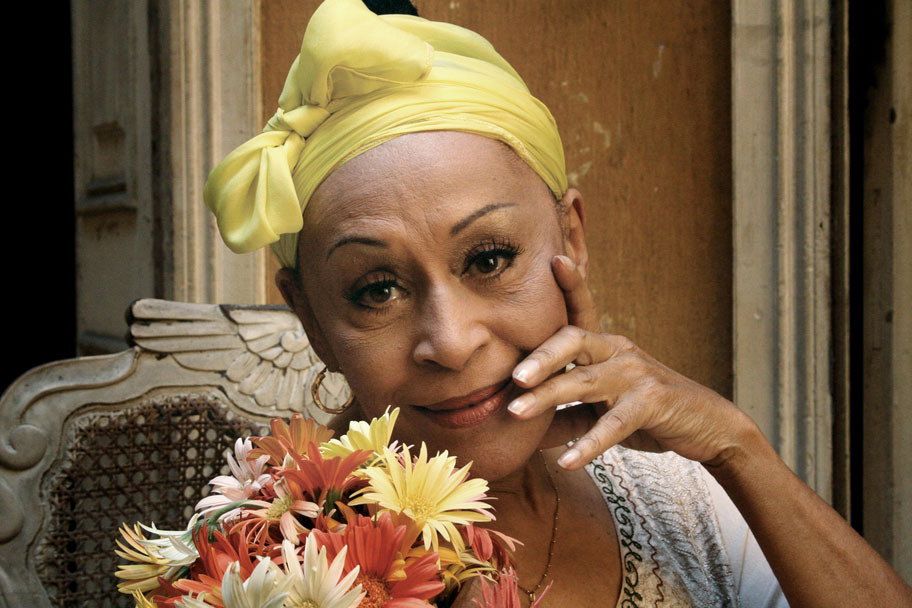 Havana, November 11 (RHC)-- Multi-award-winning Cuban singer Omara Portuondo awaits the world premiere of a documentary about her life to be screened on November 13 at the Doc NYC festival in New York.

“I am very excited and await the audiences’ reactions to this new work inspired by my life and career. Thanks so much to the filmmakers”, the ‘Buena Vista Social Club’ Diva wrote on Facebook.

Entitled ‘Omara’, it was directed by Hugo Pérez, a Cuban-born director based in New York, produced by Dana Kuznetzkoff, Frida Torresblanco, Danelle Eliav, and Ann Lewnes.

‘Omara’ is described on the festival’s website as “an edifying and entertaining profile of the great lady of Cuban music” who on October 29 celebrated her 91st birthday.

As the text reads, producers follow the artist during a tour that took her to stages in various countries where she shares with world-renowned guests and charms audiences with “her fantastic voice”.

As part of the work for the documentary, Pérez interviewed Diego ‘el Cigala’, Roberto Fonseca, and Arturo O’Farrill, who agreed on the importance of Portuondo’s work.

The documentary coincides with the 25th anniversary of the release of the Buena Vista Social Club album. This multi-award-winning production brought traditional Cuban music to stages around the world.

The Doc NYC festival, considered the most important of its kind in the United States, is in session in the Big Apple through  November 28 with the screening of some 200 audiovisual productions.