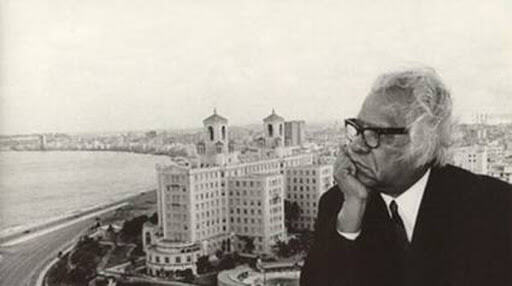 The branch of the Nicolás Guillén Foundation in Camagüey province will launch a broad program of activities throughout 2022, dedicated to the Cuban National Poet on his 120th birthday anniversary, the 80th anniversary of his trip to Haití and the 50th anniversary of the first publication of the poetry books ‘La rueda dentada’ and ‘El diario que a diario.’

Yoandra Santana Perdomo, president of the branch office in Camagüey told reporters that the campaign begins on January 29th with a solemn ceremony, marking the 210th anniversary of the Aponte Rebellion --a large-scale slave rebellion in Cuba that occurred in 1812.

Likewise, the Nicolás Guillén Foundation will have a strong presence in other important events in that eastern territory, including the Cultural Week in February, the International Book Fair Cuba 2022, the dates of which has been postponed due to Covid-19, the Cruzada literaria literary event in August, and the visual arts festival Almacén de la Imagen in October.

The main activity though will take place in July with the 13th Nicolás Guillén International Colloquium, from July 6th through the 9th and the Poetry Festival, set for July 10th through the 16th.

The program of the Colloquium will focus on race and society, Caribbean communities and political movements like Black Lives Matter. It includes conferences, panel discussions, poetry reading and recitals.

The Foundation called for its Essay Contest, open to university students from across the country, who should submit unpublished 15-page works based on the works and thought of the Cuban National Poet. Entries will be received via e-mail at fundaciong@uneac.co.cu Deadline is April 15, 2022.

Founded on November 29th, 2004, the Camagüey Branch of the Nicolás Guillén Foundation is devoted to the study, dissemination and preservation of the vast legacy left by the National Poet, who was born in this Eastern territory on July 10th, 1902.