Granted by the National Council of Visual Arts, the high distinction is in recognition for his outstanding work as a sculptor, engraver, painter, and draftsman, as well as the founding president of the Caguayo Foundation, promoting the top values that characterize Cuban identity and culture. 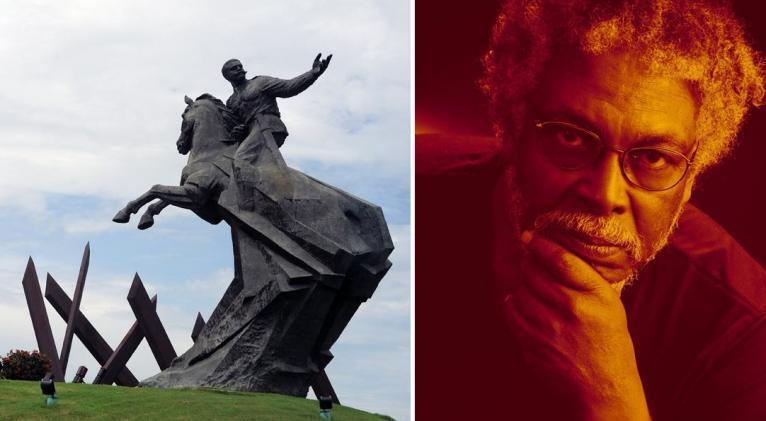 Lescay was born on December 20, 1950, in Santiago de Cuba, the city where he has developed his professional work. He is the author of emblematic works such as the Antonio Maceo Revolution Square architectural complex, the monument to the Runaway Slave, and the Monument dedicated to Mariana Grajales –considered the Mother of the Cuban Homeland, among others.

His work also includes small-format sculptures and pictorial series that have been exhibited in prestigious galleries and museums here in Cuba and in countries around the world, notably Mexico, the United States, Canada, Venezuela, the Dominican Republic, Germany, Jamaica, Brazil, and Russia.

Lescay is a member of the Association of Writers and Artists UNEAC and of the International Association of Fine Artists, and throughout his career, he has received significant awards and recognitions in Cuba and in other nations, among them the National Culture Distinction.

Alberto Lescay dedicated the 2021 National Visual Arts Prize to his mother, his many teachers over more than 50 years of artistic life and to Revolution leader Fidel Castro, whose visionary thinking was decisive for Cuban culture development.

‘Were it not for Fidel I wouldn’t have been standing here before you today,’ he said.