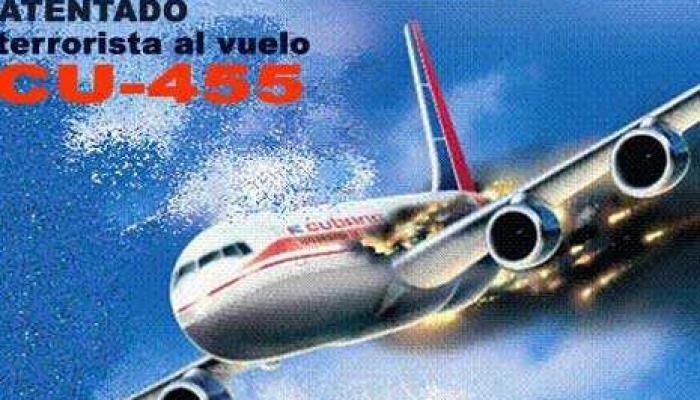 Cuban Sports People Remember Barbados Crime Victims
Cuban sports, as every year since 1976, mourned the victims of the horrendous crime that occurred on this date, when a Cubana airlines jet exploded in mid air, causing the death of 73 passengers and crew.
Aboard the plane traveled 17 young fencing athletes who had just made their mark, winning all the gold medals at the Central American and Caribbean games of the discipline.
This date is commemorated each year to honor foil fencers Virgen Felizola and Ines Luaces, Milagros Pelaez and Nancy Uranga, members of the national Cuban team.
Among the men there were sabers Ricardo Cabrera, Alberto Drake and Juan Duany, as well as foil figures of Leonardo Mackenzie and Jesus Mendez, as many others.
In all, there were 24 lives lost of that sports delegation which included 2 technicians Luis Morales and Jesús Gil, 3 trainers Ignacio Martinez, Santiago Hayes and Orlando Lopez and 2 officials of the Cuban Sports Institute, Demetrio Gonzalez and Manuel Permuy.
The crime, whose perpetrators are still unpunished, dealt a severe blow to fencing in Cuba that lost a complete generation of athletes.
Cuban sports felt above all their absence in that season full of victories when it became the undisputed leader in Latin America after the Pan Am Games in Mexico, 1975, with a harvest of 134 medals (56 gold, 45 silver and 33 bronze).
Three years later, however, the fencing athletes of this island still went on to win the regional competition in San Juan 1979, Puerto Rico.
Almost 4 decades after 1976 the present generation of Cuban athletes evoke their martyrs and claim for justice.

Silver For Osleni International Badminton Guerrero
The Cuban Osleni Guerrero reached the silver medal at the XXVIII International Badminton Tournament, which concluded on Sunday in Sao Paulo, Brazil.
The Antillean, number 76^th in the world ranking, fell 1-2 against Taipeian Chih Hsun Yang, 165^th in the world, with scores of 18-21, 21-16, 17-21, in 42 minutes.
The Cuban also appeared in the doublesevents where he teamed with local Filipi Toledo resulting eliminated in the semifinals by the American duo of Pongniarat and Phillip Chew.
Guerrero next meet will be the Pan-American Sports Championship, expected later this month in the city of Santo Domingo, Dominican Republic.

Cuba Women's Team Falls For Second Attempt
The Cuban women's volleyball team suffered their 2^nd setback in the First World U23 Volleyball Championship, losing in 3 sets to the United States in the preliminary Group Bof the tournament, based in Mexico, where China will play today.
According to the website of the contest, the Cubans lost on Sunday with partials of 20-25, 19-25 and 21-25 to the Americans, who dominated in every aspect of the game, in 1 hour and 5 minutes.
On Monday, the program includes matches Argentina-Turkey, Japan-Dominican Republic and Mexico-Italy in Group A, and Kenya-Brazil, USA-Germany and Cuba-China, in Group B.

Lazaro Bruzon Gives in The Second Round
Cuban GM Lazaro Bruzon lost on Sunday to his Peruvian counterpart Julio Granda, in the 2^nd round of the I "Entre Faros" Chess Tournament, which is played in 3 locations in the Spanish city of Galicia.
Bruzón, of 2685 ELO points, was passed by the Peruvian black pieces (2665), number 82^nd in the world ranking.
With this victory, the south-American leads the tournament with 2 points, followed by Bulgarian GM Ivan Cheparinov, the Spanish GM Ivan Salgado, the Hungarian GM Richard Rapport and Cuban GM Lazaro Bruzon, all with 0.5 units.
The 3^rd round of the 10 planned will be played on Monday, and the Caribbean will lead clear figures against the host, GM Iván Salgado (2624), champion of Spain, and the less Elo player in the tournament.

Moscow Launches Olympic Torch Relay for Sochi-2014
Five-time Olympic champion Russian Anastasia Davydova began the first part of the Olympic torch relay today for the Sochi-2014 Winter Games, scheduled to open February 7^th at the Black Sea resort city.
Starting in Red Square, the Mayor of Moscow, Serguei Sobyanin, delivered the torch to Davydova, the synchronized swimming champion, for the first part of the relay.
The gymnast Svetlana Jorkina, two-time Olympic gold champion, also participated in the relay, handing the torch to the president of the Russian Olympic Committee, Alexandr Zhukov, member of the IOC.
The handoff was completed by the Prince of Monaco, Albert II; Shmail Tarpischev, also with the IOC; and the three-time Olympic figure skating champion, Irina Rodnina.
The torch for the Sochi-2014 Winter Games, which left Athens, Greece, yesterday, will travel today through a 32 km stretch of the capital districts, carried by 248 relay runners, reported the national Rossia 24 channel.