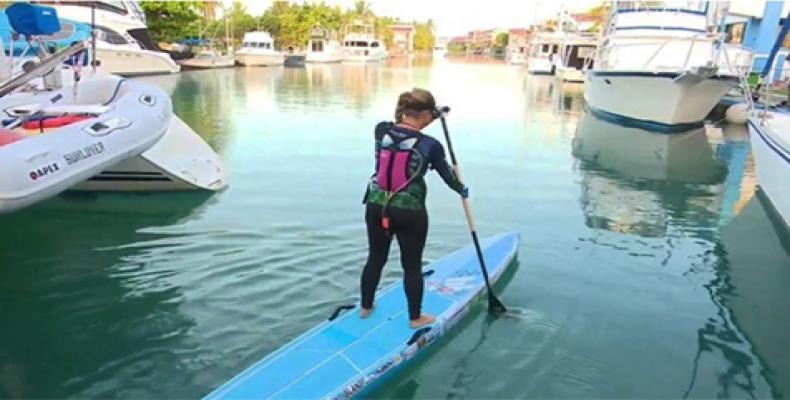 Key West. June 28 (RHC)-- After departing from the Marina Hemingway  in Havana last Tuesday, a Florida woman has completed a more a more than 160-kilometer voyage from Cuba to the Florida Keys on a standup paddleboard.

Victoria Burgess arrived in Key West on Wednesday, paddling across the Florida Straits in just under 28 hours.

Burgess is believed to be the first woman to make the trip from Cuba to the Keys on a standup paddleboard.

She says she hopes to have the feat sanctioned by Guinness World Records.

Before leaving Havana she explained the reasons for her voyage.

"It’s a very big challenge for me personally, physically and mentally, and I want to see how far I can push myself,” the 34-year-old woman told reporters.

“I want to inspire many women around the world – young and old and even men as well – to just go out and push themselves as hard as they can and to reach their dreams,” she said. “And also to support the friendship between Cuba and the United States.”

Burgess is a Pompano Beach fire inspector, previously having served as a firefighter and paramedic.