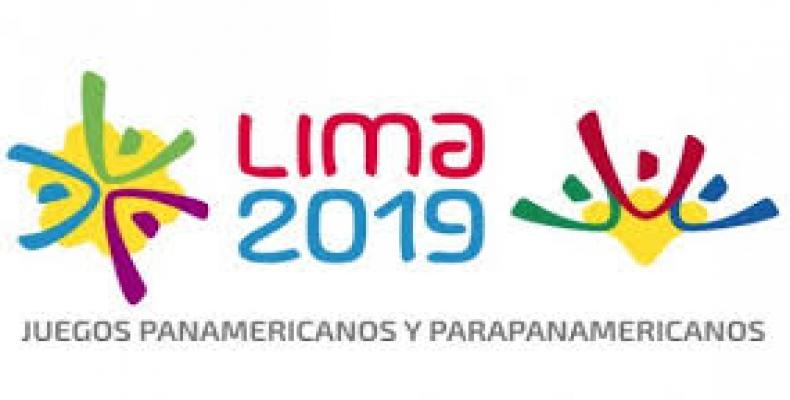 Lima, August 10 (RHC) – This Friday´s competition schedule of the Lima 2019 Pan-Am Games gave Cuba a few more medals, and some of them were a really nice surprise for Cuban sports followers.

In Archery, in the Men´s Recurve Individual, Juan Carlos Stevens was eliminated in the Round of 16 by American Brady Ellison; Hugo Franco did not make it through the Round of 16 after losing to Canadian Crispin Duenas; and Adrian Puentes, who advanced to the Quarter-Finals, lost in that round to Brazilian Marcus Dalmeida.

In Athletics, Luis Enrique Zayas was the surprise of the day by winning the Gold Medal in the Men´s High Jump, while Women´s Triple Jump athlete Liadagmis Povea gave Cuba a Bronze Medal, as she finished 3rd behind Jamaican Shanieka Ricketts (Silver) and Venezuelan Yulimar Rojas (Gold).

In the Basque Pelota, Alejandro Gonzalez Will compete for the Bronze medal in the Men´s Individual Hand Fronton, after loosing in the Semi-Finals to Mexican Arturo Rodriguez.

One Bronze medal and another golden one got our Judo athletes. Osniel Solis, in the Men´s 66kg Bronze Medal Bout defeated Mexican Nabor Castillo and in the Women´s 57kg, Anailys Dorvigny lost to Colombian Yadinis Amaris. The Gold medal was given to the Cuban delegation by Magdiel Estrada in the Men´s 73kg, who defeated Canadian Alonso Wong by Ippon.

In Table Tennis, the Cuban Women´s team lost in the Quarter-Finals to the United States. On the other hand, the Men´s team defeated Canada 3-1 and advanced to the Semi-Finals.

Freestyle Wrestling gave the Cuban Delegation in the Lima 2019 Pan-Am Games 3 Bronze medals and one Gold this Friday. Yudari Sanchez defeated Venezuelan Maria Acosta in the Women´s 68 kg; in the Women´s 76 kg, Mabelkis Capote won the Bronze against Peruvian Diana Cruz; the third Bronze medal of the day was earned by Reinieri Andreu in the Men´s 57 kg. Alejandro Valdes won the Gold medal by defeating Dominican Albaro Rudesindo in the Men´s 65 kg.