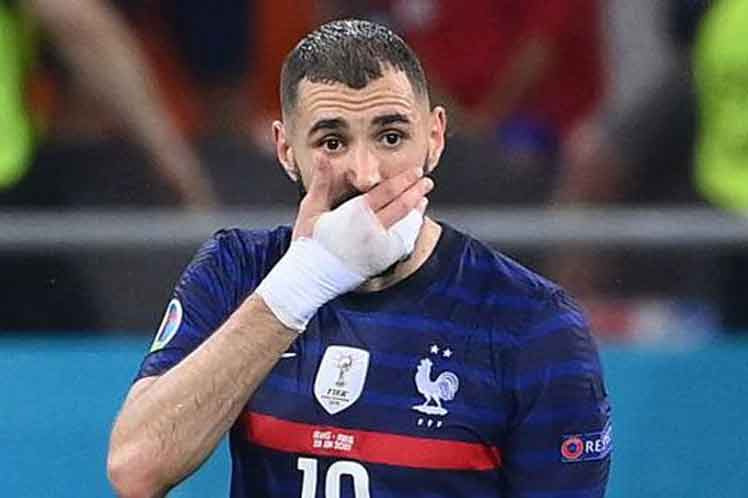 Havana, October 23 (RHC)-- French soccer star Karim Benzema, accused of complicity in a blackmail attempt, will know the decision in his case on November 24, the Correctional Court of Versailles announced.

The body hosting the trial disclosed the information on the third day of a trial that generates much expectation, which involves the Real Madrid star in a case of blackmail against his former national teammate Mathieu Valbuena.

The prosecution requested 10 months suspended prison and 75 thousand euros fine for Benzema, who would have incited in October 2015 Valbuena, a member of the Greek Olympiacos, to accept the payment demanded by extortionists not to publish an intimate video of him and his wife.

The 33-year-old striker did not participate in the hearings, with his defense citing professional reasons for this, in a trial that includes others under defendants.

Benzema was out of the French national team for more than five years because of the scandal, but in May this year Les Bleus coach Didier Deschamps called him up for the European Championship and then he was decisive in the UEFA Nations League title.