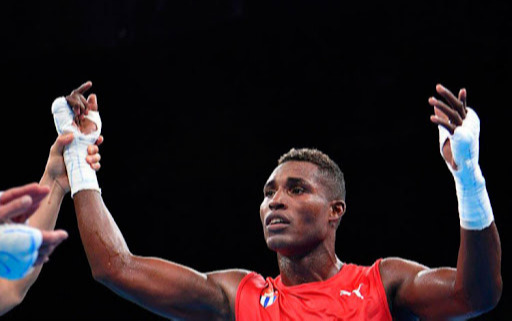 Havana, November 6 (RHC) -- Olympic champions Julio Cesar La Cruz and Andy Cruz were proclaimed world champions on Saturday on the concluding day of the World Boxing Championship in Belgrade, Serbia, and led Cuba to the reconquest of the world crown by nations.

Three months after winning his second Olympic gold in Tokyo-2020, "the shadow", nickname with which La Cruz is recognized, took his fifth gold in world championships and sealed Cuba's triumph in the fight, with three gold medals and two bronze medals.

In addition to La Cruz (92 kg), Andy Cruz (63.5), who won his third world crown with the bonus of being named the most technical fighter of the event, and the young debutant Yoenlis Hernandez (75), winner of his first, also climbed to the top of the podium in Belgrade.

As usual, La Cruz managed the fight with intelligence and mastery, with precise punching and feline movements against the Italian Aziz Mouhiidene, to win the vote of four of the five judges.

With his victory, the captain of the Domadores de Cuba was only one title behind Cuban Félix Savón, the highest winner of titles in the history of world boxing, with 6.

La Cruz's crown also served for Cuba to recover the scepter by nations that it had ceded in the previous version, in Ekaterinburg-2019 (Russia) and allowed the island to consolidate its position at the top of the historical medal table in world championships, with 80 gold medals.

Savón (6), La Cruz (now with 5) and Juan Hernández Sierra (4) are the top gold medal winners in Cuban boxing, according to the Team Vívela group.

In addition to Saturday's crowns won by La Cruz and Andy, there was the golden joy achieved on Friday by young Yoenlis Hernandez (75), in a fight where the also debutants Osvel Caballero (57) and Henrich Ruiz (86) won bronze medals.

Only the also debutant Kevin Brown (67) and the consecrated Roniel Iglesias (71) and Lázaro Álvarez (60) will return home without metals in a squad that had to fight numerically diminished (8 men out of 13) as a result of positive cases of covid-19 detected shortly before traveling from Havana.