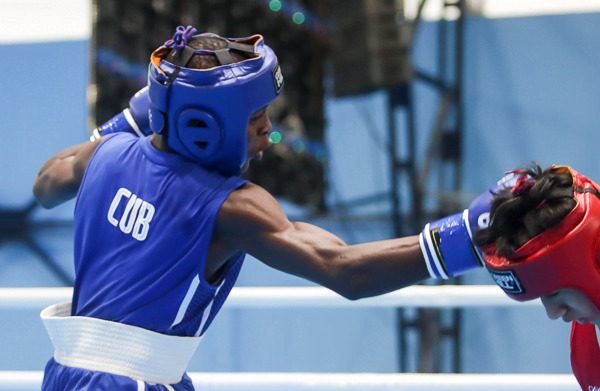 The first crown was won by Ewart Marín (52), who, with a clean boxing and sometimes with the riposta, won unanimously against Isaias Navarro from the United States.

The second crown came with the fists of Pinar del Rio's medium Khriszthihan Barrera, who relied on his powerful left jab combined with straight punches, to win also unanimously against the Argentine Joel Salva.

And the third gold medal was won by Luis Frank Reynoso (HAB, 81 kg) who took advantage of his opponent's mistakes in the punching attempt, defended well with torso movements, and was more effective in his attack, to win 5-0 against the Brazilian Candido de Oliveira.

Finally, the Cuban Ronnye Alvarez (91) won the fourth Cuban golden metal with a good boxing class, in the three distances and with all kinds of punches, against the Colombian Sebastian Murillo.

The only defeat of the Cuban team in this final card was for Camagüey's welterweight Jorge Forcades, who reached the third round on equal terms, but missed many punches in the final minutes and received clear hits against the American Quincy Williams, to lose by a vote of 1-4.