Cuba with seven qualified for the World Athletics Championships by marks 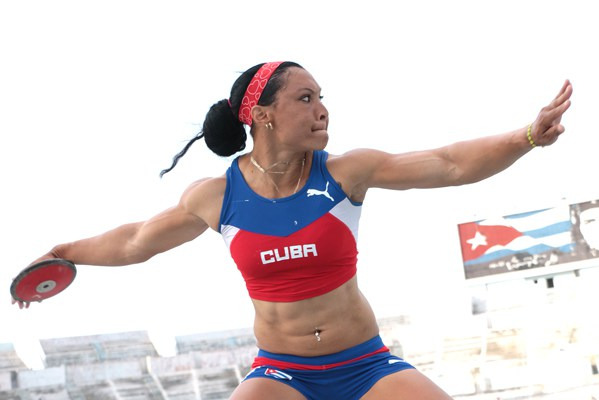 Cuba has so far seven athletes qualified by marks to the World Track and Field Championships to be held in Eugene, United States, from July 15 to 24, according to statements made by Yipsi Moreno, national commissioner of that sport.

Havana, June 18 (RHC)-- Cuba has so far seven athletes qualified by marks to the World Track and Field Championships to be held in Eugene, United States, from July 15 to 24, according to statements made by Yipsi Moreno, national commissioner of that sport.

Yipsi, once a stellar hammer thrower, expressed to the Cuban News Agency that in that group stands out the presence of Yaime Perez (discus throw), winner of the title in the previous universal edition of Doha 2019.

He also mentioned the triple jumper Lazaro Martinez, indoor world champion in Belgrade, Serbia, last March, in addition to Liadagmis Povea and Leyanis Perez, both also in the triple jump.

He added that the list is completed with Roxana Gómez, Olympic finalist in Tokyo 2020, along with Rose Mary Almanza, in the 800 meters flat (m/p) and Yorgelis Rodríguez, in the heptathlon.

The director, champion in the Beijing 2008 summer event, pointed out that these seven are fixed with their tickets assured and there are other options that could achieve their quotas, either by marks or score.

He added that other athletes who are close to the qualifying zone are the discus throwers Silinda Morales and Mario Diaz, in addition to the javelinist Yiselena Ballart and Yasmany Fernandez, hammer throw.

In Doha 2019, the Cuban delegation finished in 12th place in the medal table, tied with Bahrain and Sweden, with one medal of each color.

There, on Qatar's soil, the joys were contributed by the discus throwers Yaimé and Denia Caballero, who won gold and silver, respectively, together with the long jumper Juan Miguel Echavarría, winner of the bronze medal.

In terms of points, the largest of the Antilles also occupied the 12th position with 30 units, in a performance in which the triple jumper Cristian Nápoles and Zayas also stood out with their fifth places.