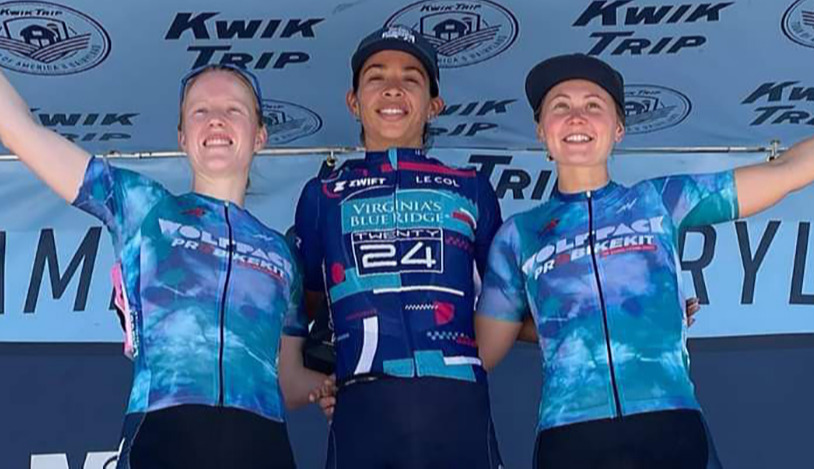 Havana, June 24 (ACN) - Cuban Marlies Mejías continued her winning streak in the United States (U.S.) by winning the Mount Pleasant Momentum, a race of the Tour of America's Dairyland, the biggest road cycling competition in that North American country.

The artemiseña won in the women's professional category (Pro 1-2), followed at the finish line by Kaitlyn Agnew and Harriet Owen, both from the ATX Wolfpack, according to the official website of the event, taking place in Wisconsin from June 15 to 26.

The Cuban's club, Twenty24, highlighted on its Facebook page once the leadership of Mejías and the great teamwork.

In the United States, the Cuban started the week with the victory in another day of the Tour, in a podium dominated by Twenty24, with the Mexican Sofia Arreola in second place and the American Jennifer Valente in third.

In addition, Marlies finished runner-up in the Clarendon Cup and third in the Crystal Cup earlier this month, and a week ago was second in the Tulsa Tough - McElroy River Park Criterium 2022.

Mejias, who won the 2017 Clarendon Cup, took the crown late last November at the legendary Tour de Tucson in her tournament debut in that California city and five adjacent ranges.

After returning to active sport in mid-2021 after her maternity, Mejías was champion in August of that year in the time trial of the Pan American Road Cycling Championships in the Dominican Republic and, in that same modality, won last May 12 in the continental edition of 2022 in Argentina the place for the Central American and Caribbean Games of San Salvador 2023.