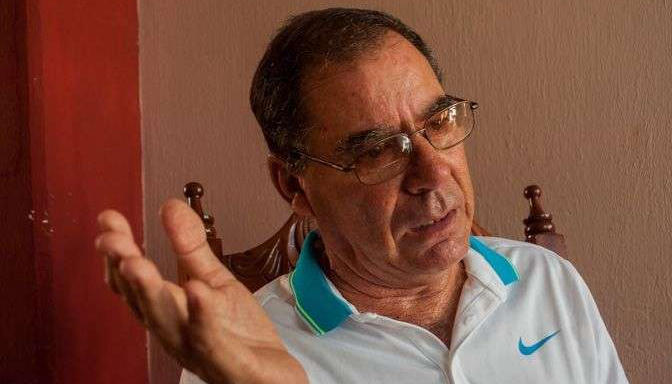 Havana, September 26 (JIT) - Cuba's basketball suffered a sensitive loss on Sunday when Miguel Virgilio del Río López passed away at the age of 72, victim of a painful illness.

An outstanding coach, he accumulated an extensive and successful record of work and awards, including the Olympic Button, a high distinction granted by the International Olympic Committee.

National women's national team coach for 14 years, Miguel Virgilio is recognized as one of the best coaches of the sport in the country.

He participated in two Olympic Games (Barcelona 1992 and Atlanta 1996), where he obtained meritorious fourth and sixth places, respectively.

He attended four world championships at the helm of the women's national team and won the bronze medal in Malaysia 1990, a milestone in this discipline for the Greater Antilles. He also won several medals in the Pan American Games, Central Caribbean Games and Central Basketball Tournaments.

Due to his vast knowledge, he served as head coach of the National Basketball Commission before entering professional basketball in Colombia with the San Andrés team, in the A division.

He then spent six years as head coach of the Guatemalan women's national team, which won the 2006 Central American tournament in Panama.

He remained linked to the sport in Villa Clara for 16 years as coach of different categories. After his return to Cuba in 2006 and until his retirement in 2011, he worked in the provincial commission of the sport of baskets, where he also excelled in the academic field.

With publications in the renowned magazine Clinic, specialized in international basketball, Miguel gave clinics and seminars with national and international scope.

In addition to the Olympic Button, in 2000 he received the Martyrs of Barbados distinction awarded by the Council of State of the Republic of Cuba. In 2005 he was selected among the 100 personalities of basketball in Cuba. He was also distinguished with the diploma of founder of the national school games, among other awards.