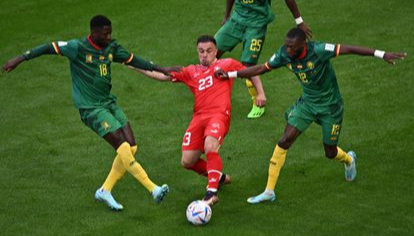 Doha, November 24 (PL) - Switzerland beat Cameroon 1-0 today in the debut of both teams in the Qatar 2022 World Cup.   The European team relied on a solitary goal by striker Breel Embolo, of Cameroonian origin, to take the first three points in group G.

On the same day, the favorites Brazil will face Serbia in the same group.

In addition, the Uruguay-South Korea and Portugal-Ghana matches will be played in section H, the last one to make its debut in the global competition.