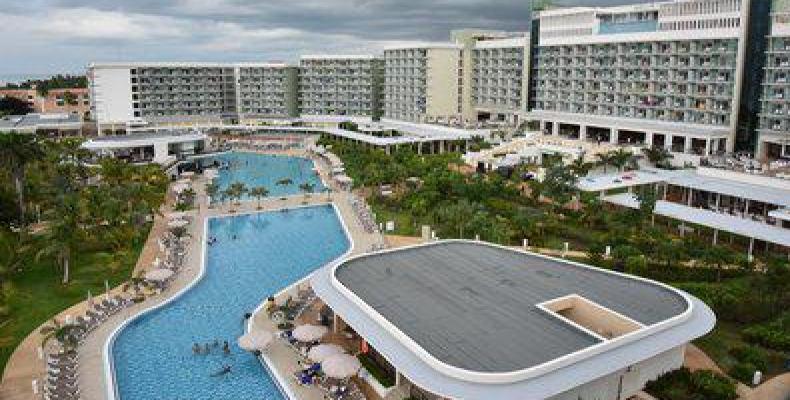 Also on hand were executives, representatives of hotel chains, members of the diplomatic corps, investors, builders and tourism workers.

The sector’s minister Marrero said the opening of the new hotel constitutes irrefutable evidence that despite the current energy difficulties derived from the tightening of Washington’s hostile Cuba policy, the Caribbean nation and its people ‘are not overcome by uncertainty or improvisation.’

Marrero stressed that Cuba is ‘alive, functioning and developing.’

He noted that the new hotel is both, sustainable and ecofriendly. It is equipped with the latest technology and offers all the services attributed to an exceptionally high-standard, all-inclusive hotel.

Gabriel Escarrer Juliá, president of Meliá Hotels International, also spoke at the ceremony. He said the Cuba has become one of the most important destinations in the Caribbean region, and stressed that the Spanish hotel chain has never regretted a single commitment it has made to the Caribbean state.

With a total of 946 rooms, the five-star facility is equipped with the latest technology, has several restaurants and swimming pools, and cafes, as well as the iconic Continental Cabaret and a modern Convention Center.