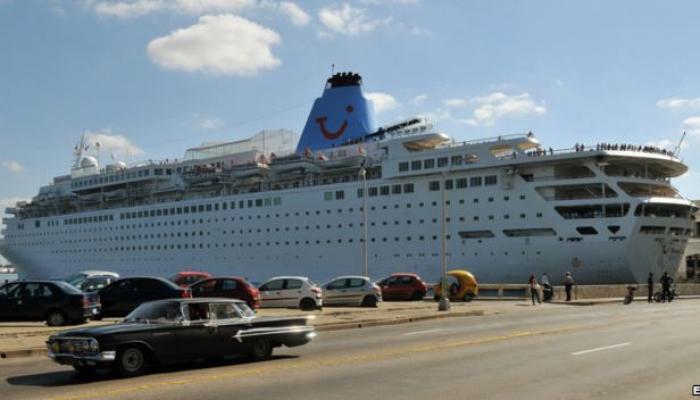 Havana, December 5 (RHC)-- The British cruise ship Thomson Dreams will call at Havana harbor on Friday with 1,200 passengers on board, as the U.K. is becoming the second major source of tourists to the island.

According to the Cuban Tourism Ministry, the arrival of the Thomson Dreams is part of the commercial campaign being deployed by local tourist authorities to guarantee the success of the current high season.

The ship will arrive here Friday morning and it will be welcomed by local tourist officials, according to the Cuban news agency.

The visitors will be able to enjoy the attractions of the Cuban capital city, one of the major tourist centers on the island, considered one of the most popular emerging destinations in 2013 at the world level, according to the Travelers Choice awards, based on the opinions of millions of clients on the TripAdvisor website.

Over 127 thousand British tourists visited the island between January to October this year, 1.7 percent below in the same period last year, according to the National Statistics Office.