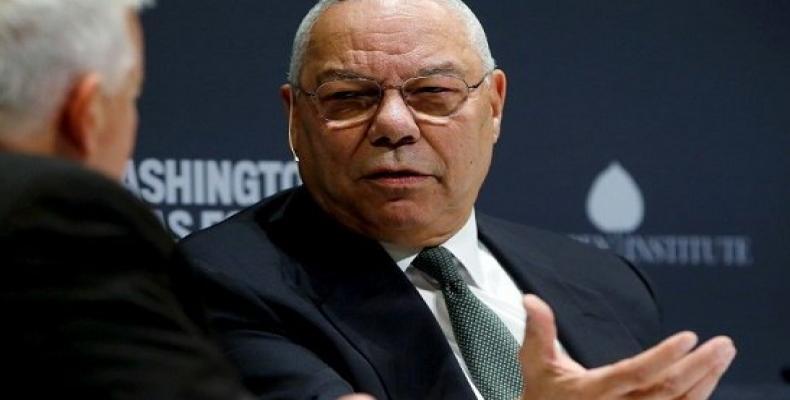 The newspaper said the information came from notes the FBI delivered to Congress earlier in the week, which contained details from a more than three hour interview the agency conducted with Clinton over her private email use.

The Times also cited an upcoming book that described a dinner conversation where Powell told Clinton to use her own e-mail except for classified information.  The newspaper also reported that Clinton asked Powell in a 2009 e-mail exchange about his use of e-mail while serving under former President George W. Bush.

Powell's office in a statement said he could not recall the dinner conversation.  He did recall describing the system he used to her, but the statement did not say he suggested Clinton do the same.  The statement said that Colin Powell used a secure department computer to manage classified information.

Powell has said he had no choice besides using his private account as the department did not have a fully functioning e-mail system of its own when he joined in 2001.

FBI Director James Comey announced last month that no criminal charges would be filed over Clinton's use of private e-mail servers while secretary of state, but rebuked her for "extremely careless" handling of classified information.