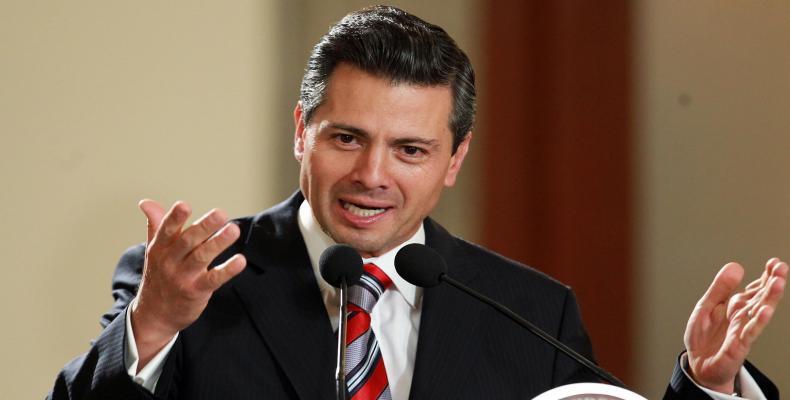 Mexico City, November 17 (RHC)-- During a speech delivered at a business summit in the central Mexican state of Puebla, President Peña Nieto said that discussions with the newly-elected President of the U.S. would be based “always on the defense of basic principles that are not negotiable, such as our sovereignty, the national interest and the protection of our countrymen.”

While he acknowledged that the election of Donald Trump is “generating an ongoing uncertainty” about the future of the Mexico-U.S. relationship, he stated he is optimistic “that words and reason are, without a doubt, the best medium for coexistence between people and nations.”

Peña Nieto added that despite Trump's campaign promise to build a wall on the U.S.-Mexico border and claims that Mexican migrants were “rapists,” the Mexican government would pursue discussions with the newly-elected president based on an “enormous pragmatism for agreeing on what is useful and appropriate for Mexico and for all of North America.”

Peña Nieto's remarks come as the Mexican Peso has plummeted after the election of Donald Trump, given his pledges to renegotiate the North American Free Trade Agreement, deport millions of Mexican migrants working in the U.S., and confiscate millions of dollars in remittances sent by Mexicans living in the U.S. to pay for a border wall.

In a recent interview, Trump reiterated his plan to deport up to three million Mexican migrants.  In response, a spokesperson for President Peña Nieto said the Mexican government is working on plans to deal with the expected deportations, and that such plans would be part of any bilateral negotiations with the Trump administration.

Peña Nieto´s popularity plummeted to historic lows in September after he invited then-candidate Trump to Mexico and failed to counter Trump´s racist rhetoric and fear mongering in a press conference.