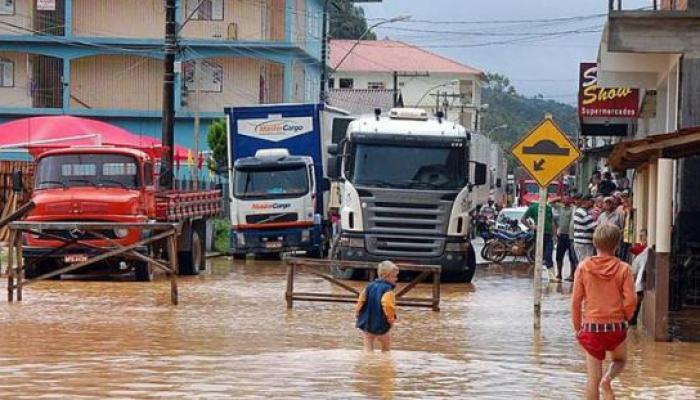 Rio de Janeiro, January 17 (RHC)-- According to local authorities the death toll from flash floods that devastated Itaoca, a small Brazilian town in southeastern state of Sao Paulo, earlier this week has climbed to 14 after two more bodies were found Thursday.

The rainstorm began late Sunday and continued into the early hours of Monday, when the local river to burst its banks and several dams collapsed.

The flash floods inundated entire neighborhoods, and forced hundreds of families to leave their homes.

Authorities have said a lot of rebuilding has to be done, power and water supply networks have been damaged, and roads and bridges have been washed away.

Summer storms are frequent in Brazil, especially in the southeastern and southern regions, and often cause death and destruction in both small towns and the larger cities.

In December, the city of Vitoria, Espirito Santo state's capital, and neighboring towns suffered from a week of rain that left 20 dead.