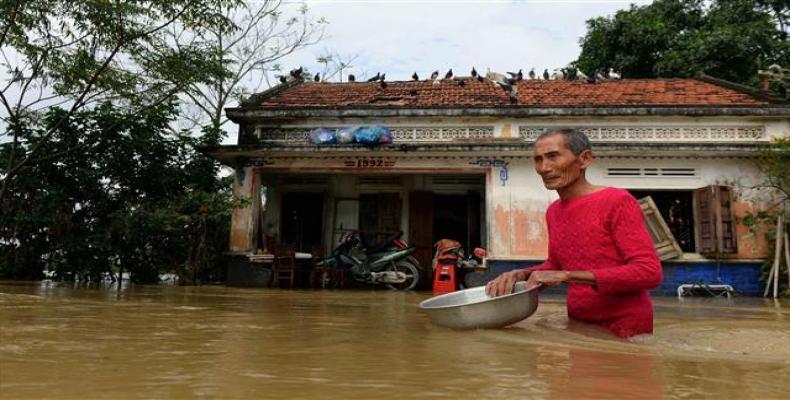 Hanoi, December 19 (RHC)-- At least 24 people have been killed as heavy flooding triggered by days of unseasonably torrential rains hit central Vietnam.  The national flood and storm control committee said in an official on-line report on Monday that Binh Dinh was the hardest-hit province with 16 fatalities reported since heavy rains began on December 12th.

The floods also left two more people missing in the coastal province.  Hundreds of houses in remote areas were also submerged under water.  According to the report, the floods also caused $32 million in damage and destroyed over 32,000 hectares of crops.

The rains also inundated parts of the tourist draw town of Hoi An, a World Heritage site.  "It is strange for our town to be hit with flooding in December," said Nguyen Thi Hon, a restaurant owner in Hoi An, adding that the floodwaters have receded in the last few days.  Local forecasters, however, have warned of further rains to strike the region over the next few days.

Vietnam is subject to substantial rainfall every year. Torrential rain batters some areas, ranging from 1,200 to 3,000 millimeters.  Nearly 90 percent of the precipitation occurs during the summer. The average annual temperature is generally higher in the plains than in the mountains and plateaus.