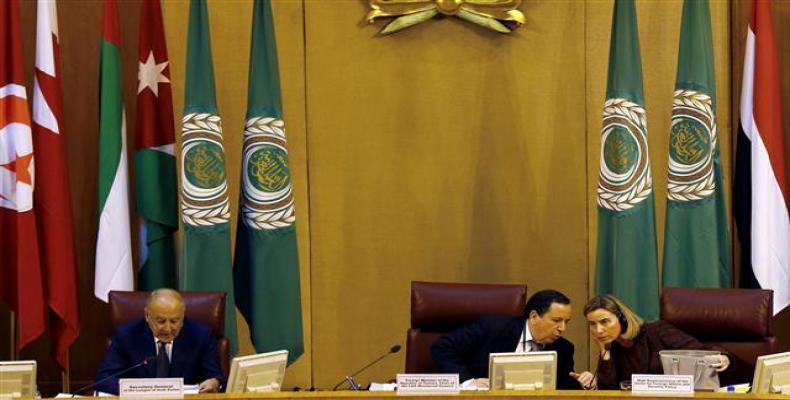 In a declaration adopted Tuesday at the fourth meeting of EU and Arab League foreign ministers in the Egyptian capital, Cairo, the two sides stressed the need for the regime in Tel Aviv to stop its land grab and demolition of Palestinian homes.

"The Ministers reaffirmed their shared position that Israeli settlement policy, including in occupied East Jerusalem, and related actions such as demolitions and confiscation -- including of EU-funded projects -- and forced transfers are illegal under international law, constitute an obstacle to peace," read the declaration.

They also urged Israel not to adopt legislation which would allow for the legalization of outposts and settlements in the occupied West Bank by confiscating private Palestinian property rights, which could have far reaching consequences.

"The international community should work with all relevant stakeholders to end the Israeli occupation that began in 1967," the statement stressed.

Ever since its 1967 occupation and later annexation of the Palestinian territories of the West Bank and Jerusalem al-Quds, Israel has been either manifestly or insidiously grabbing Palestinian land by expanding settlements and forcing out Palestinians under various pretexts.

The measures have so far led to the construction of more than 120 illegal settlements occupied by over half a million Israelis in the territories.

The United Nations and most countries regard the settlements to be illegal because the territories were captured by Israel in a war that year and are hence subject to the Geneva Conventions, which forbid construction on occupied lands.

The Knesset, the Israeli parliament, is debating a bill to legalize some 4,000 settler units in the West Bank. The UN has condemned the draft legislation as "unequivocally illegal," saying the move would be in contravention of international law.

"The Ministers also called to respect of the rules of international law, international humanitarian law and international human rights law, and Geneva Convention of 1949, including with respect for all Palestinian and Arab prisoners and detainees, especially juveniles, in Israel prisons," the declaration also noted.

The European and Arab leader further demanded "the release of prisoners in accordance with previous agreements and an end to excessive use of administrative detention in contravention of international law."

More than 7,000 Palestinian prisoners are currently held in some 17 Israeli jails, dozens of whom are serving multiple life sentences. About 540 Palestinians are being held without trial under the so-called administrative detention.

Administrative detention is a sort of imprisonment without trial or charge that allows Israel to incarcerate Palestinians for up to six months. The detention order can be renewed for indefinite periods of time.

"The Ministers called for all parties to take swift steps to produce a fundamental change to the humanitarian, political, security and economic situation in the Gaza Strip, including the end of the closure and a full opening of the crossing points in accordance with access and movement agreement of 2005, and accelerate the reconstruction of the Gaza Strip.”

Israel had also occupied Gaza during the war, but withdrew in 2005.  The densely-populated Palestinian territory, which is under a crippling Israeli siege, has witnessed three devastating wars since 2007.