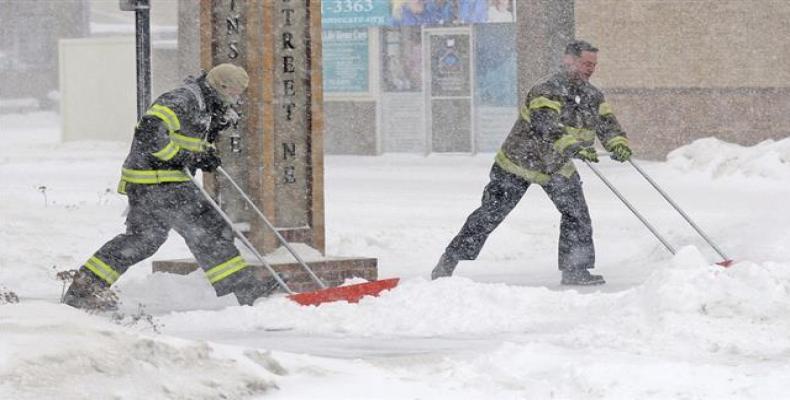 New York, December 28 (RHC)-- A major snow storm sweeping through the northern United States is delaying flights and keeping people off the roads, with forecasters saying it could bring heavy snow to the East Coast before New Year's Eve.

The blizzard-like conditions blocked stretches of interstates in North Dakota and South Dakota, closing 240 miles of I-94 and more than 200 miles of I-90 respectively on Sunday and Monday.  The Minnesota State Patrol said there were at least 1,100 accidents reported over the holiday weekend.

The snow knocked out power in the Dakotas, Nebraska and western Iowa on Sunday and early Monday, though power has been restored in most places.  Winds blowing at 40-50 mph disrupted operations at Minneapolis-St. Paul International Airport on Monday, leaving only one runway operational.  Over 50 flights were canceled to and from the airport, officials said.