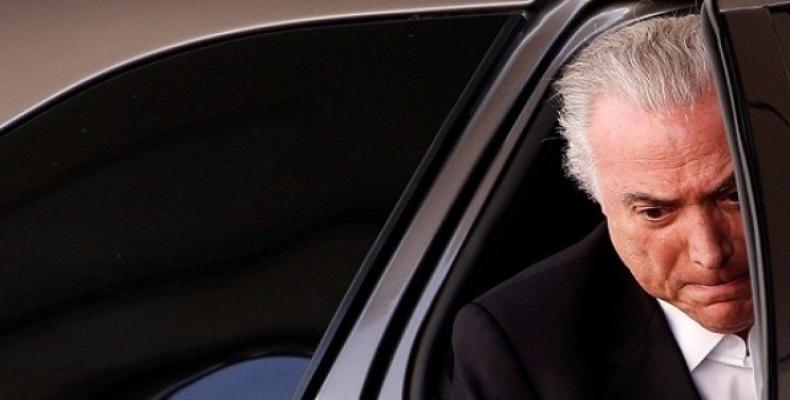 Brasilia, December 28 (RHC)-- Brazilian senate-imposed president Michel Temer has announced a labor reform that expands workdays from 8 to 12 hours, cutting lunch time to half an hour and reducing holidays.

The project will increase workload but won't increase overtime pay, and will stay under the limit of 44 hours per week and 220 hours per month. The bill will also limit the time given to workers for lunch to just half an hour instead of an hour and will cut back on days off for holidays.

As Temer announced the reform, that will need to be approved by the lower house of congress, he said that this proposal was a "beautiful Christmas present."

"I hope that starting from this Christmas it will be possible to unite all Brazilians," said Temer.  Temporary contracts, with less benefits and securities than regular contracts, which are currently up to 90 days will be expanded to 120 days. These contracts could potentially be approved indefinitely.

Contracts under the country's "Safe Job" program will include a wage reduction of 30 percent and less working hours to avoid layoffs. The bill also proposes that vacations be divided into three different periods, instead of only one vacation period.

This labor reform is one of the three austerity economic proposals by the coup-imposed government of Michel Temer. The first was the approval of the constitutional reform, PEC 55 which limits the public spending in social programs for the next 20 years, and the second is the pension system reform which is currently under discussion in Brazil's lower house.

Temer said that although his measures are unpopular, and he is strongly criticized in Brazil, he will not resign, not even after the recent scandals involving him and members of his cabinet in the corruption scheme inside the state-run oil company Petrobras.

A recent poll by the Brazilian Institute of Opinion, Ibope, published last Friday, revealed that 46 percent of Brazilians think that the government of Michel Temer is "bad" or "extremely bad."