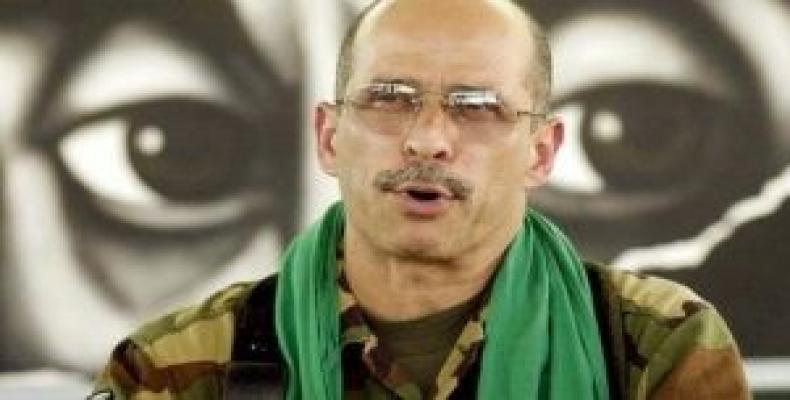 Washington, January 12 (RHC)-- U.S. President Barack Obama reportedly will not give a presidential pardon to Ricardo Palmera, an imprisoned high-ranking leader of Colombia's FARC rebels known as Simon Trinidad, who is serving a 60-year sentence at a super-maximum security prison in Colorado.

A top source in the U.S. State Department shared the information with the Colombian newspaper El Tiempo, according to the outlet, and confirmed that the liberation or possible transfer of Simon Trinidad are not under consideration by the outgoing U.S. president.  A president has executive power to pardon or reduce the term for anyone imprisoned.

The Revolutionary Armed Forces of Colombia, or FARC, demanded that the peace agreement include the liberation of Trinidad, but the Colombian government refused and said it would not ask the U.S. to cooperate.  The final peace agreement between the two sides of the 52-year-old conflict made no mention of the prisoner.

Simon Trinidad has spent 12 years in a "supermax" federal prison in Colorado in complete isolation, an explicit violation of the United Nations Convention against Torture, for his alleged role in the kidnapping of three U.S. government contractors in 2003.

Harvard-educated Trinidad was the de facto foreign minister of the FARC after joining the guerrilla group in 1987.  During a 2004 diplomatic trip to Ecuador to meet with U.N. representatives, Trinidad was arrested and deported to Colombia, where former President Alvaro Uribe declined to charge him with any crime, and instead asked the U.S. to request his extradition under false pretexts, which was done in 2005.

Leaked cables show his extradition request had to be concocted, as the U.S. did not have any pending charges against him.  The U.S. was unable to convict Trinidad in his first trial on trumped-up kidnapping charges, and after the contractors were released in 2008, a second jury found him guilty and sentenced him to 60 years.

U.S. officials then tried to convict Trinidad on drug charges and later dropped the prosecution after two juries found him innocent.  The U.S. claims the hostages were civilians, while the FARC saw them as military contractors working under Plan Colombia, the multi-billion dollar U.S. military counterinsurgency and anti-narcotics operation launched in the South American nation in 2000.