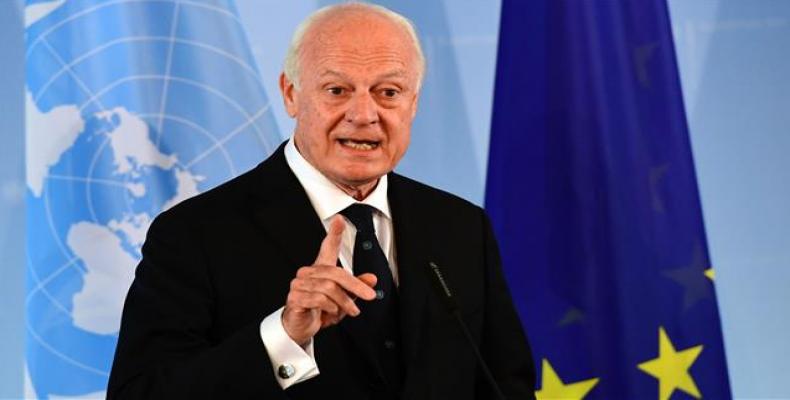 Alessandra Vellucci, the spokesperson of United Nations Office in Geneva, confirmed that de Mistura is slated to convene with the Syrian government delegation and its opposition counterpart as UN-mediated negotiations resumed after a three-week hiatus.

All those who participated in the latest round of discussions, which ended earlier this month, are carrying forward the talks which are expected to focus on governance, constitutional issues, elections, as well as counter terrorism, security and confidence building measures.

The special envoy is expected to brief the press later on Friday.