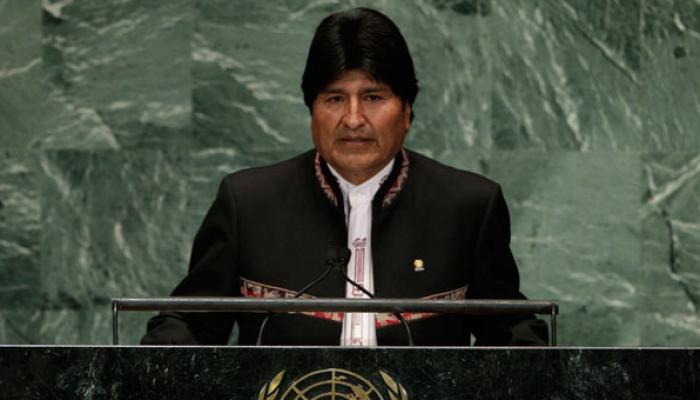 La Paz, June 6 (RHC-Xinhua)-- As Bolivia’s presidency of the U.N. Security Council begins in June, coinciding with 50 years of Israel's illegal occupation, President Evo Morales has announced that the occupation of Palestine will be a priority.

"Our priorities: conflict in the Middle East of 50 years of the occupation of Palestine, and non-proliferation of chemical and nuclear weapons," Morales tweeted.

In another tweet he said: "We assume with great responsibility the presidency of the U.N. Security Council and we will work for the resolution of international conflicts."

Bolivia's Permanent Representative to the United Nations, Sacha Llorenti, will act as president of the Security Council for the month of June.  He told reporters: “It is a very high responsibility to chair this body and we want to live up to that responsibility.  Bolivia has a very clear voice in the United Nations and especially now that it is part of the Security Council.”

The ambassador also stated that the ongoing situation around the Korean peninsula, as well as Syria will serve as top priorities.  The socialist Andean nation is also seeking to bring attention to the ongoing Colombian peace process, as well as the need for foreign aid to Haiti.