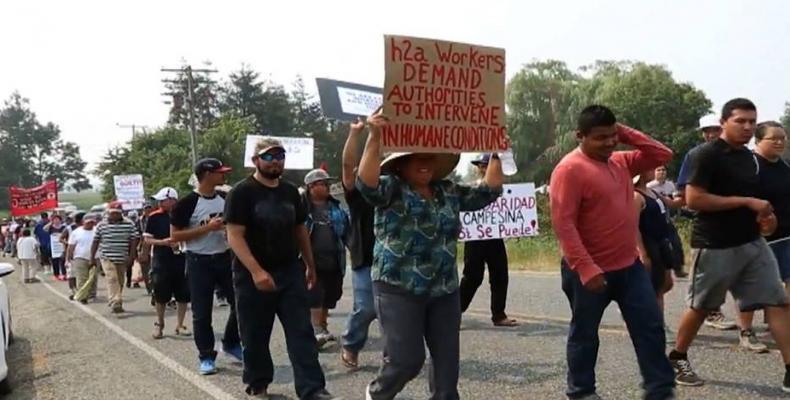 Seattle, August 14 (RHC)-- In the U.S., farmworkers in Washington state are demanding justice and safe working conditions after one of their colleagues fell ill and died after picking berries in a field near the Canadian border.

Twenty-eight-year-old father of three, Honesto Silva Ibarra, was working for Sarbanand Farms last week amid scorching temperatures and smoke from nearby wildfires when he began complaining of intense headaches.  Silva’s colleagues say supervisors denied his requests for medical attention and ordered him to keep working or be fired.  Silva later collapsed while seeking help and was rushed to a hospital in Seattle, where he died.

Earlier, at least 70 workers were fired for "insubordination" after they organized a one-day work stoppage to protest Silva’s death and dangerous conditions in the fields.  The workers, who are in the U.S. under the H-2A guest-worker program, have refused to leave the U.S. and have since joined the farmworkers’ union "Families United for Justice."