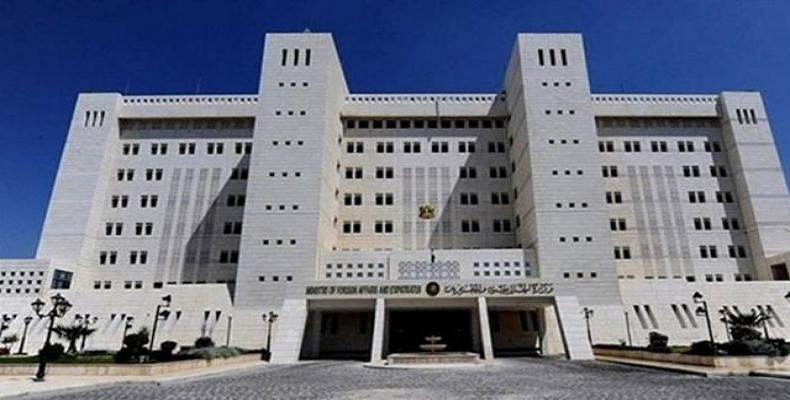 Damascus, January 18 (RHC)-- Syria has strongly condemned a U.S. plan to maintain its military presence in the Arab country as interference in its internal affairs and a blatant violation of international law.

"The internal affairs in any country in the world is an exclusive right of the people of this country, thus nobody has the right to only give his opinion in that because this violates the international law and contradicts the most important theories of the constitutional law," Syria's state news agency, SANA, quoted a Foreign Ministry official as saying in a statement on Thursday.

The statement comes after U.S. Secretary of State Rex Tillerson said U.S. troops would stay in Syria for the foreseeable future to defeat terrorists, and added that the US would not fund the reconstruction of any part of Syria, where President Bashar al-Assad is in power.

According to figures the Pentagon released in December, there are at least 2,000 troops in Syria as well as a diplomatic presence in cities such as Kobani.

The Syrian statement further said US presence and all of Washington's actions in the Arab country are aimed at protecting the Takfiri Daesh terrorist group, which was created by the former American administration.

The Damascus government "does not need a single dollar from the United States for reconstruction because this dollar is stained with the blood of the Syrian people," the statement added.

Meanwhile, Turkey said on Thursday that Washington's denial that it intended to build a border force in Syria was "important," but added that Ankara would not remain silent in the face of any force that threatened its borders.

Tillerson on Wednesday denied that the United States had any intention to build a Syria-Turkey border force, saying the issue, which has incensed Ankara, had been "mis-portrayed, mis-described. Some people misspoke."

"This statement is important but Turkey cannot remain silent in the face of any formation which will threaten its borders," Turkish Justice Minister Abdulhamit Gul told broadcaster NTV.