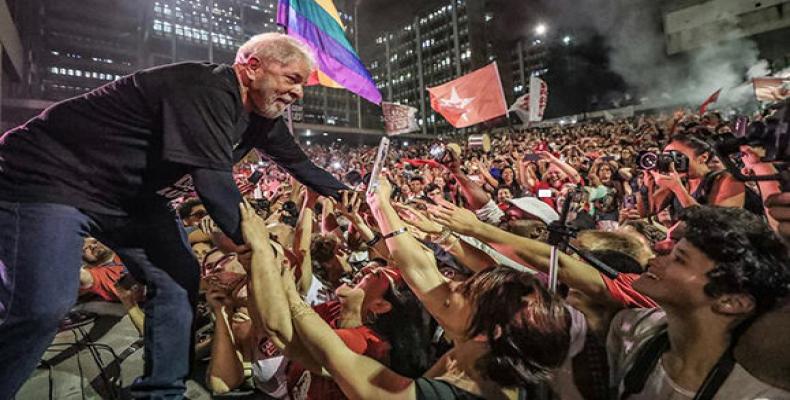 The survey was the first taken since Lula's conviction on corruption charges was upheld by an appeals court last week.  According to the poll, Lula would be ahead of other candidates in the first round if he can run, with extreme-right wing candidate Jair Bolsonaro getting 16 percent, followed by former senator and Environmental Minister Marina Silva at 8 percent.  In all five scenarios with him as one of the candidates, Lula has the lead by 18 points or more.

The former president was sentenced to nine and a half years of prison last year and appealed the decision, but the appeals court upheld the previous decision and even increased Lula's sentence to 12 years of jail.

The Brazilian Supreme Court of Justice this week rejected a motion by Lula's defense team to avoid his arrest for a graft conviction.  The Electoral Court can therefore forbid his candidacy in the October election.