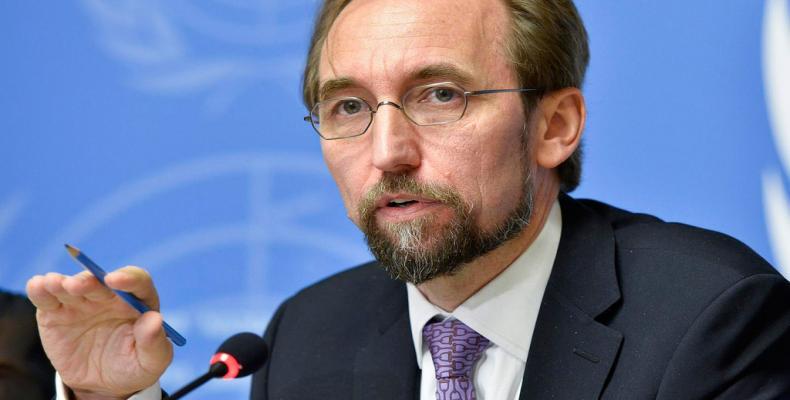 Geneva, March 9 (RHC)-- Outgoing UN human rights chief Zeid Ra'ad al-Hussein has said that UN Security Council veto-wielding members are second only to criminals.  Ra'ad al-Hussein accused the council's permanent members of being responsible for the continuation of suffering of innocents and misusing their veto powers.  He made the remarks during his last speech before his four-year term expires at the UN Human Rights Council in Geneva, Switzerland.

"So long as the veto is used by them to block any unity of action when it is needed the most, when it could reduce the extreme sufferings of innocent people, then it is they - the permanent members - who must answer before the victims," he said.  The UN human rights chief further slammed the international community for failing to control what he referred to as brutal conflicts around the globe.

And the UN official said: "Second to those who are criminally responsible -- those who kill and maim -- the responsibility for the continuation of so much pain lies with the five permanent members of the UN Security Council."