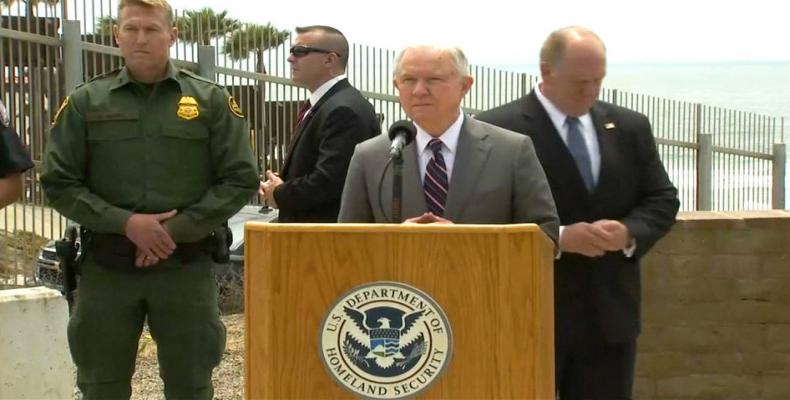 Washington, May 8 (RHC)-- In the United Sates, the Trump administration has announced plans to dramatically increase criminal prosecution against migrants who are apprehended crossing the U.S.-Mexico border.

The crackdown would also reportedly include separating immigrants from their children for months, if not longer.  The new “zero tolerance” policy would further criminalize migrants who currently face civil -- not criminal -- penalties for unauthorized crossing.

U.S. Attorney General Jeff Sessions told reporters that the White House has instituted a “zero-tolerance policy for illegal entry” on the U.S. Southwest border.  Sessions said that if migrants cross the border illegally, they will be prosecuted.  And if a child is brought in, the child would be separated from the parents, “as required by law.”