White House will back House of Representatives immigration bills 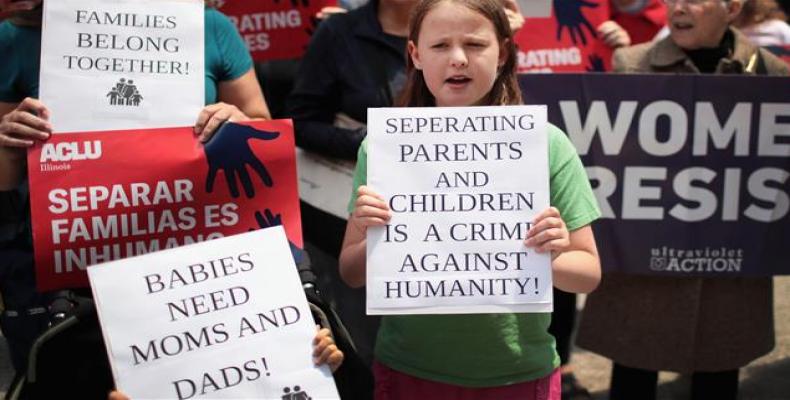 Washington, June 15 (RHC)-- The White House says it will back either of a pair of immigration bills heading toward a possible vote in the Congress next week, after House Speaker Paul Ryan said he’ll allow a debate on immigration.

White House senior adviser Stephen Miller said President Trump supports the bills -- which would provide a path to citizenship for young undocumented immigrants, while spending an additional $25 billion for a border wall with Mexico, ending the visa lottery system and sharply curtailing the number of visas given to documented immigrants.

An even harsher bill would also crack down on sanctuary cities, while requiring employers to use the federal E-Verify program.  Both measures have been condemned by immigrants’ rights groups.

Christine Neumann-Ortiz, executive director of Voices of the Border said: “Speaker Ryan’s decision is another disgraceful sign that the Republican Party is the party of anti-immigrant hate, waging a war on families.  Speaker Ryan cannot call himself a family man when he is willing to destroy other families in service to white nationalists.”

Meanwhile, 10 members of Congress protested earlier this week by blocking the entrance to the headquarters of U.S. Customs and Border Protection, the agency tasked with carrying out the forced removal of children from their parents.