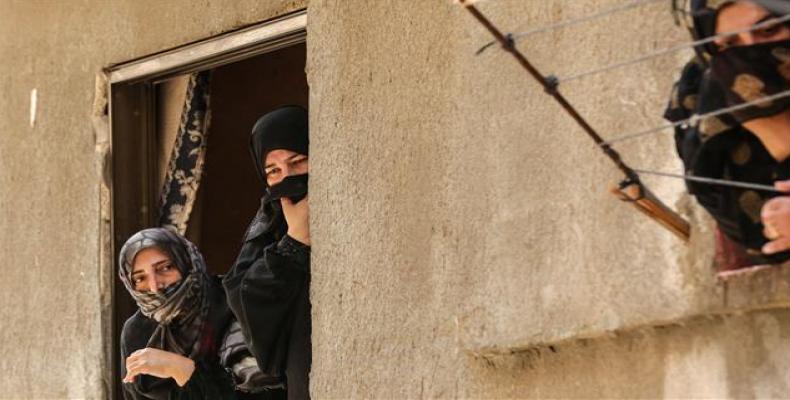 United Nations, July 11 (RHC)-- The United Nations agency for Palestinians has warned that a number of inevitable cuts are planned to be imposed on its key humanitarian programs in the besieged Gaza strip and the occupied West Bank if a U.S. funding freeze cannot be overcome.

Head of the United Nations Relief and Works Agency (UNRWA), Pierre Krahenbuhl, sent out the warning in a letter to his staff, saying the areas subjected to potential cuts included employment programs, housing assistance and mental health support, among others.

According to the letter, the agency would work to maintain vital food assistance programs, particularly for the impoverished Gaza Strip.  An unnamed source, familiar with the plans, also told AFP that most of the cuts were expected in the West Bank, adding that some programs were due to run out of funds by the end of this month.

The UNRWA head also noted that he had called on donors that had already assisted with pledges to help further so the agency could “overcome the rest of the shortfall,” currently over $200 million.  “I said to them and I say to you now with great honesty: A shortfall of $217 million is still far higher than any UNRWA has ever faced in its history,” Krahenbuhl said in the letter, adding, “As the agency's commissioner-general, I cannot hide the dramatic risks that we face to our services if we do not receive additional funding very rapidly.”

In December 2017, Abbas formally declared that the Palestinians would no longer accept the US as a mediator to resolve their decades-long row with Israel because Washington was “completely biased” towards Tel Aviv.

The announcement came after Trump recognized Jerusalem al-Quds as the “capital” of Israel and announced plans to transfer the U.S. embassy from Tel Aviv to Jerusalem.  On January 16, the U.S. State Department announced that Washington would hold back 65 million dollars to UNRWA - more than half its planned contribution this year - and demanded that the agency make unspecified reforms.  In a tweet on January 2, U.S. President Donald Trump had said Washington gave the Palestinians hundreds of millions of dollars a year, but got “no appreciation or respect.”

Elsewhere in his letter, Krahenbuhl said that the UNRWA would decide in the first half of August whether it would open the schools it operates on time following the summer holidays.

Over 500,000 Palestinian children, at home or abroad, study at the agency’s schools and 54 percent of its budget goes to education.

UNRWA was established after the war surrounding the emergence of Israeli entity in 1948 when more than 700,000 Palestinians were expelled or fled their homes. The agency offers help to these refuges and their descendants in Syria, Lebanon, Jordan and the West Bank and Gaza Strip, providing basic services for more than three million people.