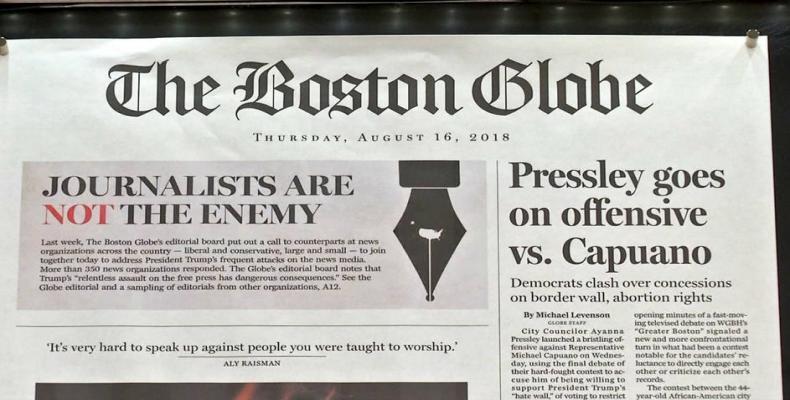 Boston, August 17 (RHC)-- In the U.S. state of Massachusetts, The Boston Globe has stepped up security at its offices, after a building manager reported several threatening phone calls on Thursday, including a bomb threat.

The threats came as President Donald Trump singled out The Boston Globe on Twitter after the paper’s editorial board led hundreds of media outlets in a coordinated series of editorials Thursday condemning Trump’s attacks on the free press.

Trump tweeted, “Now the Globe is in COLLUSION with other papers on free press. PROVE IT!” and ”THE FAKE NEWS MEDIA IS THE OPPOSITION PARTY. It is very bad for our Great Country.”