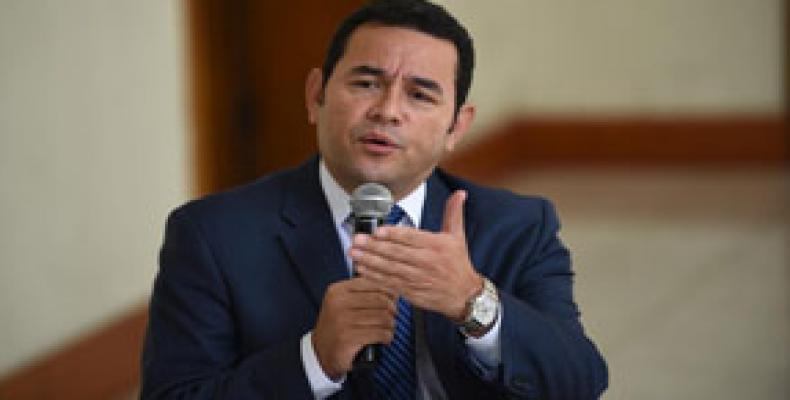 The commission held a press conference on Tuesday saying they will adhere to the law and act impartially before what they described as "a delicate situation."

Last Thursday Guatemala's Congress revoked the president's immunity that lawmakers themselves unanimously voted to grant the head of state in September 2017. Legislators were feeling the pressure from Guatemala's attorney general’s office and the United Nations-backed International Commission Against Impunity in Guatemala (CICIG) that had three times requested Congress to rescind last year's controversial vote.

In May 2016, five months after Morales was sworn in as president of Guatemala, a state auditor found that Morales’ political party had several campaign finance flaws, including receiving illegal campaign donations of up to $800,000 from prominent members of the business community for his 2015 presidential campaign. His team also failed to report any of the business donations.