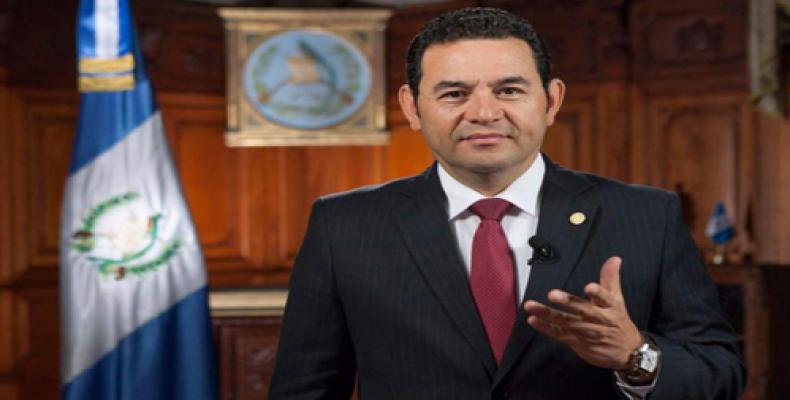 Guatemala City, September 5 (RHC)-- The Guatemalan government has issued an order to all airlines barring Ivan Velasquez, head of the United Nations-backed International Commission Against Impunity in Guatemala (CICIG) from boarding any plane with Guatemala as a destination.

Raquel Vicente, the coordinator of Migratory Control, issued an official statement Tuesday requesting airlines “take the pertinent measures to prevent Mr. Ivan Velasquez (from boarding) any flight with the Republic of Guatemala as a destination.”

The statement was issued after the government announced it was prohibiting Velasquez’s entry to the country arguing he is a threat to national security following president Jimmy Morales’ decision to not renew the mandate of the International Commission Against Impunity in Guatemala and the work visas for the members of the Commission.

Velásquez was outside the country on a work-related trip to present a report of the Commission’s work.

“For the reason of public order and security Mr. Velásquez, of Colombian nationality, has a prohibition from entering the national territory,” the statement reads.

Jimmy Morales has also called on the U.N. Secretary-General Antonio Guterres to appoint a new head for Commission. Guterres issued a request, however, for Velásquez to continue directing anti-corruption efforts from abroad “until there is more clarity on the situation.”

Hours after the government barred Velásquez from entering the country, Guatemala’s Constitutional Court received six legal complaints calling for the decision to be reversed and protect Velásquez.

President Morales’ animosity towards the Commission is not new. Last year Jimmy Morales tried to expel Ivan Velásquez from the country, but was unable to do so after a Constitutional Court ruling and in 2017 Congress passed legislation that granted the president immunity against corruption or embezzlement inquiries.

The most recent actions against the Commission come after Congress announced it would investigate president Morales to determine whether to lift his immunity from prosecution to enable a trial over illegal financing allegations during his 2015 election campaign.

Investigations by the International Commission Against Impunity in Guatemala have implicated Morales and many of his close associates, including his brother and his son in cases of corruption. Morales’ son Jose Manuel and his brother Sammy are facing trial for defrauding the state in 2013.