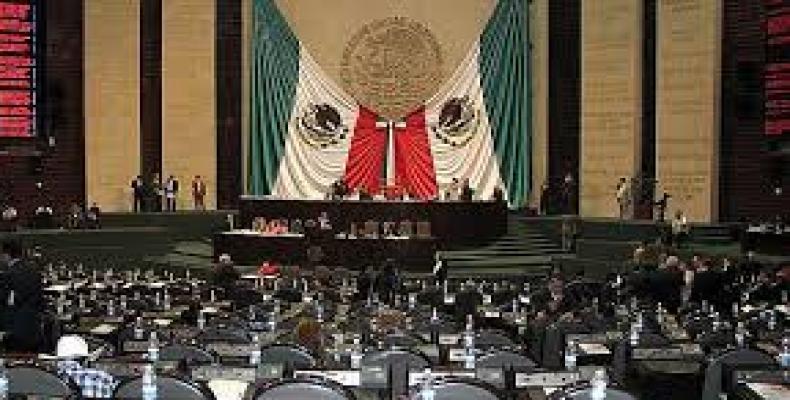 Mexico City, October 5 (RHC)-- Mexican legislators have introduced an anti-corruption bill that would allow authorities to seize and forfeit property from public officials who obtained the goods by illicit means.

The proposal was put forward by President-elect Andres Manuel Lopez Obrador's (AMLO) political party, Morena, in order to curb rampant graft scandals at the local and national levels. In 2017, Transparency International ranked Mexico the region's most corrupt country, where over 51 percent of the population perceive politicians and government officials as corrupt.

Senator Oscar Eduardo Ramirez Aguilar, representing Chiapas, presented the bill and says the seizures can be used in cases of abuse of authority, bribery, embezzlement and illicit enrichment by public servants.

According to the initiative, property can be seized from third parties who collaborate in illegal schemes with state workers to obtain the goods. The bill, if passed, will change 22 constitutional articles, and expands the definition of corruption to include human trafficking.  Ramirez argued that government corruption and impunity in Mexico has increased in recent years and it's difficult to conduct clean politics within the country.

AMLO, who won the 2018 presidency on an anti-corruption platform, said Wednesday he spoke with U.S. President Donald Trump and both agreed to work together to stem migration from Central America to the two North American countries.

Last week, the former governor of Veracruz Javier Duarte, was sentenced to nine years for laundering approximately $3.3 billion and for illicit association. He was forced to pay a $3,000 fine and could be released early if he maintains good behavior. Prosecutors had sought to jail the elected official for up to 50 years.