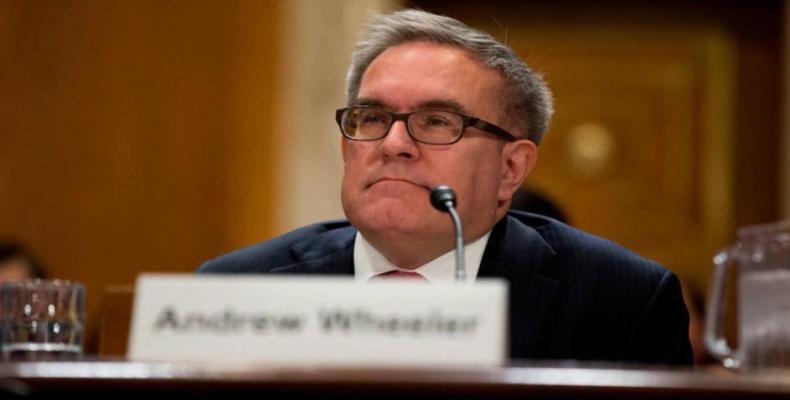 Washington, October 15 (RHC)-- The Huffington Post is reporting that Andrew Wheeler, the acting head of the U.S. Environmental Protection Agency, regularly engaged with right-wing conspiracy accounts on social media and “liked” a racist post featuring the Obamas in 2013.  The post is a picture of Barack and Michelle Obama at a sports game, appearing to look at a hand holding out a banana.

On another occasion, Wheeler retweeted a prominent “Pizzagate” conspiracy theorist, who’s repeatedly claimed Hillary Clinton and other prominent Democrats were running a child sex ring from the back rooms of a Washington, D.C. pizza parlor.

Andrew Wheeler is a former coal lobbyist and has been the acting head of the EPA since Scott Pruitt resigned in July amid an onslaught of financial and ethics scandals.