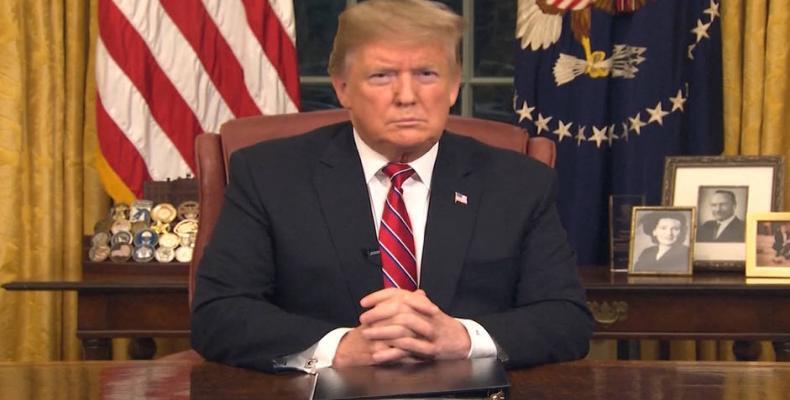 Washington, January 9 (RHC)-- On Tuesday night, as the U.S. was in its 18th day of a partial shutdown, Donald Trump addressed the nation in his first prime-time speech from the Oval Office.  The U.S. president urged Congress to approve $5.7 billion to build a wall on the U.S.-Mexico border, but he opted not to declare a national emergency.

During his speech, Trump said that "thousands of Americans have been brutally killed by those who illegally entered our country, and thousands more lives will be lost if we don’t act right now."

Trump’s comments directly contradict numerous studies that show immigrants are less likely to commit violent crimes than U.S.-born citizens.  Fact checkers also disputed other key aspects of President Trump’s claims about the drug trade and how his proposed border wall would be funded.

After Trump spoke, Senate Minority Leader Chuck Schumer and House Speaker Nancy Pelosi delivered the Democrats’ response, rebuking Trump’s claims and calling for an end to the government shutdown, which will soon become the longest shutdown in U.S. history.