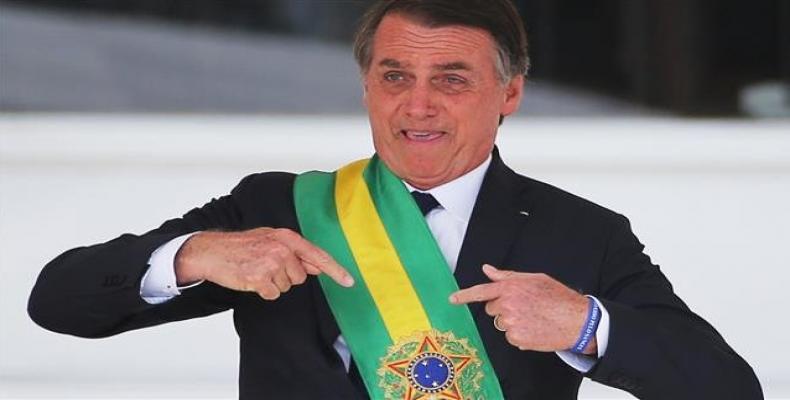 Brasilia, January 9 (RHC)-- In another blow to Brazil’s Indigenous people just one week after taking office, the administration of President Jair Bolsonaro has blocked an initiative of the previous government that would create a crypto-currency intended to facilitate transactions between Indigenous communities.

Damares Alves, the head of the newly-established Ministry of Women, Family and Human Rights and member of the executive cabinet, suspended a contract for the development of a project that includes the creation of a crypto-currency for Indigenous communities which was gaining popularity.

The project included an agreement with the National Indian Foundation (FUNAI) of Brazil for a budget of 44 million reais ($11.83 million U$D) which the Universidad Federal Fluiminense (UFF) would use to implement the crypto-currency program.

The plan included the “study and diagnosis of socioeconomic viability of the creation of an indigenous crypto-currency; development of the crypto-currency platform; and implementation of that platform,” local media reported.

“With only a few days of government, not only will we see under the hood of BNDES (National Bank of Economic and Social Progress), but under those of other entities, and will be released,” Bolsonaro tweeted Monday.  “Many contracts have been dismantled and will be exposed, as the $44 million ($11,83 U$D) to create indigenous cryptocurrency that was barred by Minister Damares and others.”

The government of Jair Bolsonaro shut down the project on January 3rd and said that due to the cost, the formal permission which had been granted three days before Bolsonaro assumed office, should have been processed through bidding measures instead.