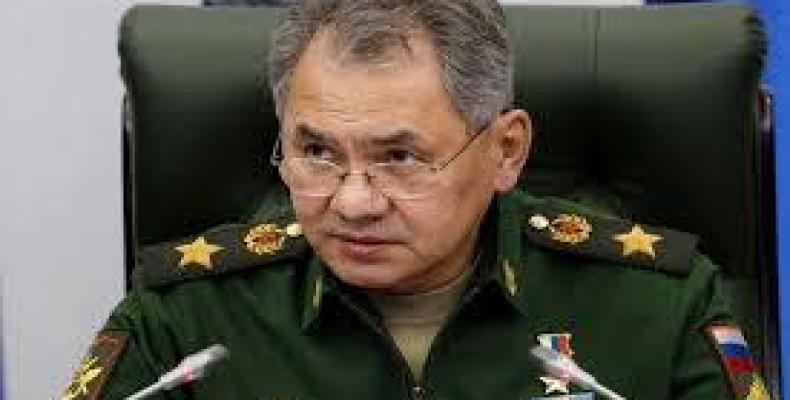 Moscow, April 25 (RHC)-- Russian Defense Minister Sergey Shoigu warns that the use of force to influence Latin American countries, by the United States, is "exerting unprecedented pressure" on Venezuela.

"In the Western Hemisphere, the U.S. is taking up the Monroe Doctrine, which aims to limit the sovereignty of Latin American countries, to put pressure on those who do not follow the same policies as Washington, as an instrument of pressure they take into account all possible methods, including force," said the defense minister.  "The best example is the situation in Venezuela, where the legitimate government is exposed to unprecedented external pressure."

Earlier, Russian Foreign Minister Sergey Lavrov also pointed out that Washington had "dusted off the notorious Monroe Doctrine" to threaten countries like Venezuela.  Lavrov said that the United States has so far failed in its attempts to force a change of government in Venezuela, but has continued to attempt to force Nicolas Maduro to leave Venezuela.

And recently, Russian Foreign Ministry spokeswoman Maria Zajarova also warned the U.S. government against continuing on the path of antagonism and issuing threats to countries in Latin America.  "It seems that Washington is looking back on time and plans to return, not even 50 or 60 years ago, but 200, since John Bolton has declared again in public about the resurrection of the Monroe Doctrine, which declared Latin America 'the zone of exclusive interests of the U.S.' in the colonial era," the spokeswoman stated.