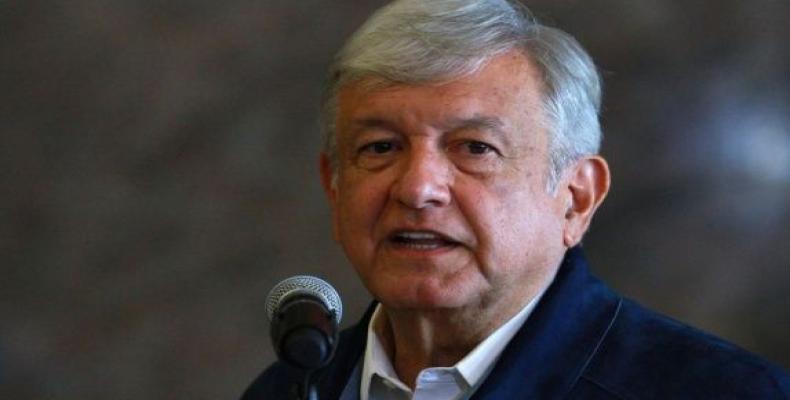 “There are cases where there’s a kind of legal sabotage going on, for example in the measures against the Santa Lucia airport,” Lopez Obrador, with the leftist National Regeneration Movement, or Morena, said at his regular morning press conference.

The president complained that a district judge this week suspended environmental authorization for the conversion of the Santa Lucia airforce base into a civilian airfield.  The construction cannot proceed until a definitive environmental ruling is issued.

AMLO accused “all the opposition lawyers, all the lawyers of conservatism” for being those behind the obstruction.  “They’re wanting us not to be able to fulfill our commitments, for things to go badly for us and for the airport not to be built,” the president said, criticizing the opposition for blocking the country’s “transformation.”

The president denied that the new airport would negatively affect the environment, since its construction is planned on the site of a military base that has been in operation since 1978.

“It’s a political matter, more than anything, not a legal one.  The interest is to stop us and make us look bad,” Lopez Obrador said.  In addition, he complained that opponents of the airport project “are trying to affect the country’s development,” since it is necessary “to resolve the problem of saturation of the current airport” serving Mexico City located close to the capital's center.

The Mexican leader directly pointed to the Mexicans against Corruption and Impunity (MCCI) organization, headed by Claudio X. Gonzalez, saying that the group’s leader “has always had differences” with him.

In an interview with local radio, Gerardo Carrasco of MCCI who has pushed against the airport project, said:  "It seems that it's more and more difficult” for the Lopez Obrador administration to build the new aviation facility.

He emphasized that the environmental authorization has “very significant and serious defects,” adding that “they have not listened well to the demands of society” and denying that he was an attorney for a “conservative ideology.”

To date, 147 protection proceedings have been filed aimed at the cancellation of the new airport project and protecting the separate airport plan launched in Texcoco—a more-than-US$13 billion effort pushed by former President Enrique Peña Nieto in Texcoco that was 30 percent complete until it was replaced by the Santia Lucia transformation.