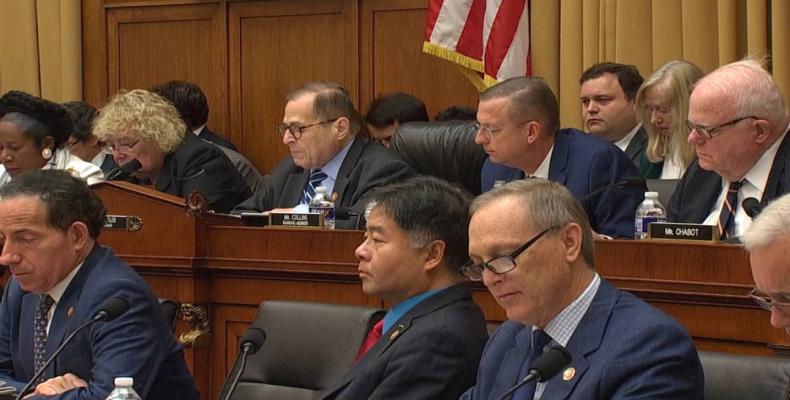 Washington, September 27 (RHC)-- At least 217 Democrats and one independent congressmember said they support an impeachment inquiry into President Donald Trump’s actions — just over half of the majority of representatives who would be needed to pass articles of impeachment.

Nebraska Senator Ben Sasse complained that Democrats were rushing toward impeachment, but warned his Repubilcan colleagues not to dismiss the whistleblower complaint, saying it contains “lots that’s very troubling.”