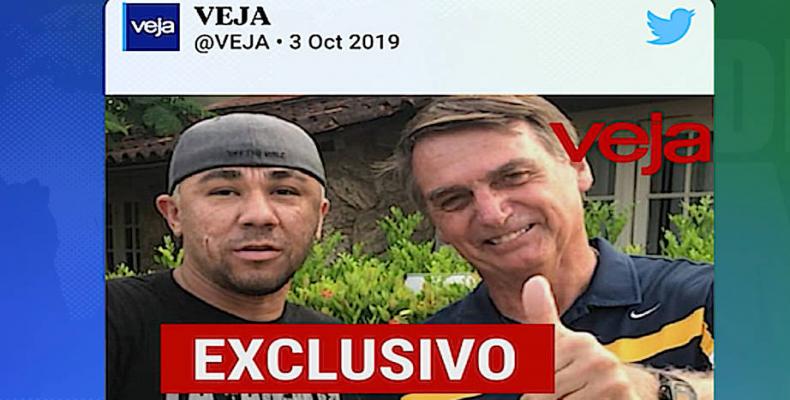 Josinaldo Lucas Freitas was arrested and charged with disposing of the guns used in the March 2018 assassination.  It’s the second known photograph of Bolsonaro taken with a suspect in Franco’s murder.  Another photo circulated in the Brazilian press shows Bolsonaro in a friendly embrace with a former police officer who’s been charged with driving the car used in the shooting.

Marielle Franco, who was Black and a vocal member of the LGBT community, was a longtime critic of Brazil’s police, who have been linked to thousands of killings and incidents of brutality in Rio’s impoverished favela neighborhoods.