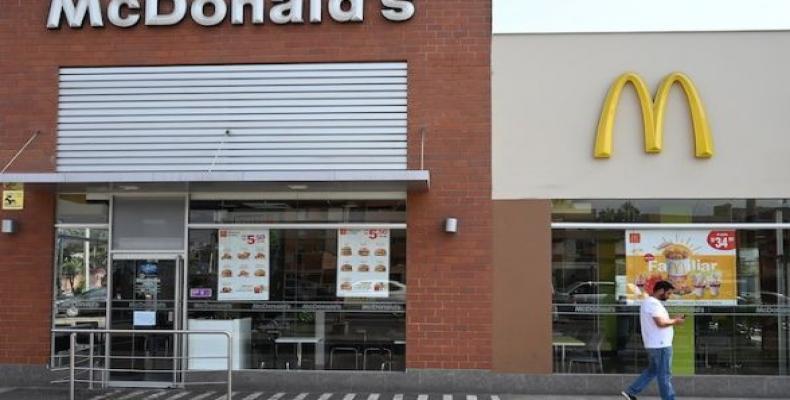 The Labor Ministry's regulating body (Sunafil) proposed that the company be fined US$254,000 over the deaths.  Arcos Dorados, which operates all 29 McDonald's restaurants in Peru, did not respond immediately to a request for comment.

Alexandra Porras, 18, and Carlos Campo, 19 were electrocuted earlier this month in Lima, while cleaning the kitchen.  Protesters have taken to the streets carrying posters bearing the victims' photos and slogans reading: "Justice for Alexa and Gabriel."

Labor Minister Sylvia Caceres affirmed a news conference Thursday that the government has improved business health and safety regulations in response to the case.  The current system of one inspection of companies per year is being replaced by as many spot inspections as necessary, she said.

The death of these two teenagers is not an exceptional incident in this South American country.  On average, two workers have died every three days since the beginning of the year, according to the Labor Ministry's data.