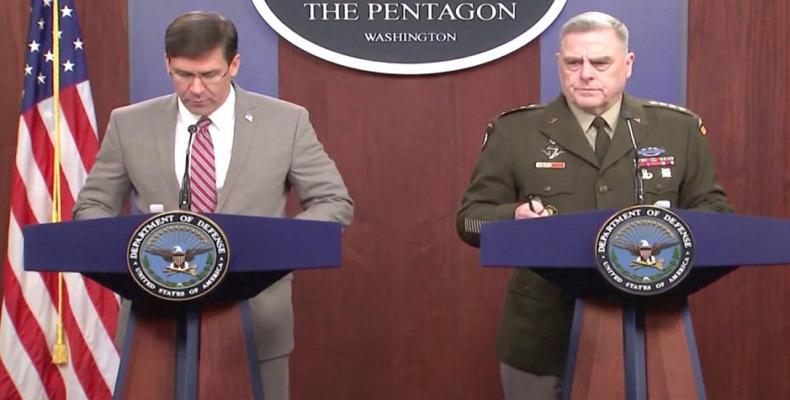 Kabul, March 4 (RHC)-- In Afghanistan, the Taliban says it is resuming operations against government forces after the partial truce, which preceded the U.S.-Taliban deal signed over the weekend.

The Taliban also said it would not move forward with intra-Afghan talks until the Afghan government released 5,000 prisoners — which President Ashraf Ghani said he refuses to do.

On Monday, an explosion at a football field in the eastern Khost province killed at least three people and wounded 11, although no group immediately claimed responsibility.

Defense Secretary Mark Esper said he gave the green light to begin the withdrawal of U.S. troops, but that he expects violence to continue throughout the process.

Esper told reporters: “This is going to be a long, windy, bumpy road.  There will be ups and downs, and we’ll stop and start.  That’s going to be the nature of this over the next days, weeks and months.”